Gutfeld: Biden is making Republicans more popular than they've ever been

The ‘Gutfeld!’ panel weighs in on Joe Biden’s first press conference of 2022.

You know how bad Joe was yesterday? Even CNN had to break character, which is like one of the guards at Buckingham Palace giving you the finger.

VAN JONES: You could be a foggy, meandering president — say, like Reagan near the end — if you’re winning. But if you’re foggy and meandering on key questions, and you’re also not winning, then you’ve got a real problem.

DANA BASH: The first part was probably the most jarring to hear a president of the United States who is not Donald Trump even suggest ahead of time that an election isn’t legitimate.

And even over at MSNBC, where they applaud Joe every time he makes a boom-boom within 10 feet of the bathroom, their butthead-at-large was broken.

Minor incursion — that’s my straight-edge hardcore band. Of course, there are still holdouts, though, like those Japanese pilots from World War II stuck on some island cut off from reality.

And like their planes, this president is a zero. 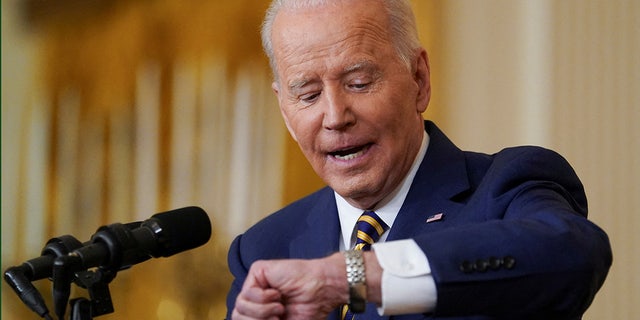 Yamiche Alcindor had a kiss-a– tweet championing Joe for not lashing out at reporters. I guess she was distracted by Peter Doocy’s hair when this happened:

PRESIDENT BIDEN: I didn’t say that. Look what I said. Go back and read what I said and tell me if you think I called anyone who voted on the side of the position taken by Bull Connor that they were Bull Connor. And that is — interesting reading in English. Yeah, I assume you got into journalism because you like to write.

Hmm. That had to be the creepiest thing Joe’s done in the last 48 hours — and this is a man who sniffs children’s hair the way his son snorts Parmesan cheese.

Yamiche also praised Joe for making news, which he did. He lasted 90 minutes, and he didn’t lose consciousness once.

But he also green-lit a Russian invasion, so maybe making news shouldn’t be the priority.

Alec Baldwin’s been making news, too, but it’s not good news. But hey, he gave it a shot.

Fact is, the one thing Americans care least about besides the voting bill is what Putin’s doing, and yet that’s all the media cared about while ignoring real concerns like rampant crime, which should be easy to cover at CNN — the sex crimes unit stops by there twice a day.

But the press is more disconnected from American concerns than Pelosi is from the dollar store.

Meanwhile, walking loony bin Jen Rubin gave Joe an A-minus, which makes sense if the A stands for ambulatory.

I wonder what else she’d give an A-minus to? Shingles? The Olive Garden’s hot dog bolognese? A blind date with Andrew Cuomo? 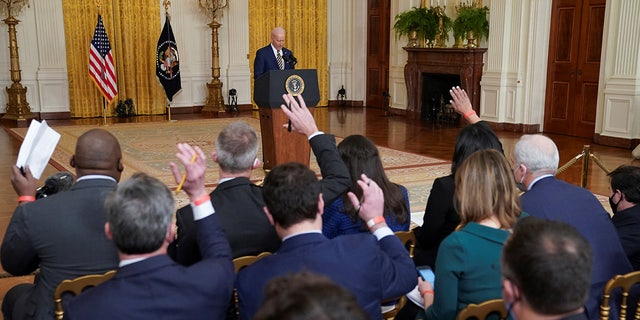 I did love how Joe kept asking what his opponents are for.

Oh my god. That was strange. All of the answers are obvious. You hear them every day if you’re awake. Maybe he’s not. Normal people will tell you what they’re for, and it’s not four more years of weakness, fear, and reckless spending.

We want the crime wave to end. We want real borders. We want our shelves restocked. We want law and order restored.

We want to get back to life.

We want the opposite of anywhere Democrats are in charge, or at least stock the shelves with pepper spray so we can fight back.

So why not focus on the primary concerns and this ——– voting bill that you masquerade as a rights bill.

People see through that like cellophane over a fruit basket.

As for ending the filibuster, I’ve got to say, I’m with Obama on this.

FORMER PRESIDENT BARACK OBAMA: The American people want less partisanship in this town, but everyone in this chamber knows that if the majority chooses to end the filibuster, if they choose to change the rules and put an end to democratic debate, then the fighting and the bitterness and the gridlock will only get worse.

That guy makes sense — he should run for president.

Of course, Joe the Unifier still uses that issue as a divider, and when called out, he acts like a 4-year-old who just broke his mom’s favorite antique lamp.

Yes, he actually did link any or all opposition to old Democratic races.

But this is a problem with playing the race card. It’s memorable, except to the person who keeps using it, especially with Joe’s memory.

The only card he remembers says, “Do not resuscitate.” In the presser, he called Mitt Romney a straight guy, forgetting that he once said this about Mitt:

BIDEN: Romney … he said the first 100 days, he’s going let the big banks once again write their own rules. Unchain Wall Street. They’re going to put y’all back in chains.

A guy putting someone in chains doesn’t sound like the behavior of a straight man to me, Joe. So embarrassing when I have to call 911. I lose the key.

Of course, Joe doesn’t expect you to remember that smear if he doesn’t.

And then he questioned the legitimacy of future elections. So who does he think he is? Hillary post-2016, who blamed her drubbing on every Russian since Yakov Smirnoff?

Where the hell is he?

Of course, the press shares the blame. Again, nothing about crime is people get picked off left and right by madmen on every real issue, whether it’s crime, COVID, or inflation, the Dems flounder because they put all their eggs in the woke basket.

Imagine if Joe had focused a little on immediate concerns and not what trended on Twitter? He’d be OK. I wonder what Joe thinks.

FAUX BIDEN: Oh, that feels good. Hey, just stuck on my feet after a marathon yesterday. That’s right. I did a marathon. I didn’t run one, I didn’t walk one — I talked one. Just ask the press — Axios, Time, New York Magazine. They all said it was a marathon, just like we told them to. So it doesn’t matter what I said — matters that I said it over and over, for two hours. That’s two hours, alright? And I hardly made any mistakes, and I only sacrificed one country to the ruthless jaws of Mother Russia — just one little, tiny little country. So I’d be smiling right now, except my knees are killing me.

And so, from the rearview mirror of Joe Biden’s decrepit jalopy — the one with its turn signal on the past 50 miles.

That other guy Trump doesn’t look half-bad. North Korea, the peace accords, the vaccine, being right on China well before anyone else.

Compare that to Joe with the supply chain, crime, inflation, food shortages, the border.

In record time, Joe took the U.S. and added the letters S and R.

And even Trump, when he called people names, he punched up — merciless on political leaders, organizations, rich elitist athletes. 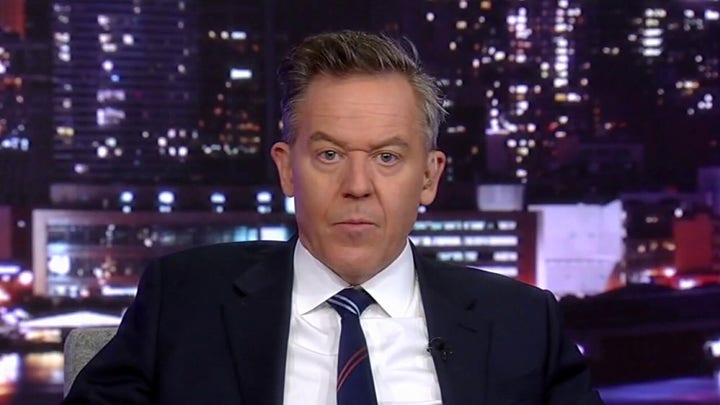 Joe only punches you, the American public. After all, he’s doing a great job, and if you just don’t get it, you’re probably a racist.

Bottom line — when you get to be Joe Biden, you stop sweating the small stuff, like putting your shoes on the right feet.

Problem is, he sees everything as small stuff, notably your concerns and your pain. But it turns out he’s the best thing to happen to Republicans since khakis and Chick-fil-A.

Republicans don’t have to do squat, and they are already more popular than they’ve ever been.

I don’t know what that says, either, except don’t get cocky.

This article is adapted from Greg Gutfeld’s opening monologue on the January 20, 2022 edition of “Gutfeld!”