Martin Roberts fights back tears as he returns to work

Homes Under the Hammer visited the British capital in a recent episode, where Martin Roberts looked around a “disintegrated” property in the East London suburbs. On his first visit to the mid-terrace house, the presenter was blown away by the awful stench which was “so strong” even with windows open, and had a hidden garden that was so overgrown it couldn’t be accessed. At the auction, a derelict home was purchased for £260,000 by Adrienne, who had the vision to make it into a nice, but small family house.

Sandwiched between the Olympic Park and Canary Wharf, the property was tucked away on a quiet street in Plaistow, just two miles from Canning Town tube station.

The run-down terraced property looked old and derelict on the outside, with a worn wooden front door and cluttered front garden surrounded by a crumbling brick wall.

Inside, the mid-terraced home “didn’t disappoint” Martin Roberts’ very low expectations, having had a hint of what was to come before he even stepped indoors.

As he stood in the front room, Martin Roberts said: “It absolutely stinks in here”, adding that the buyer would “have to imagine what it could become” by seeing past the smell and the mess. 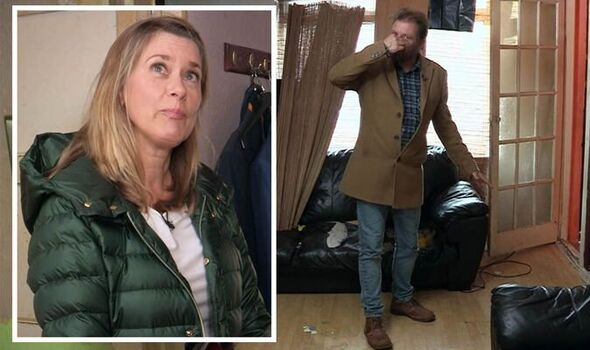 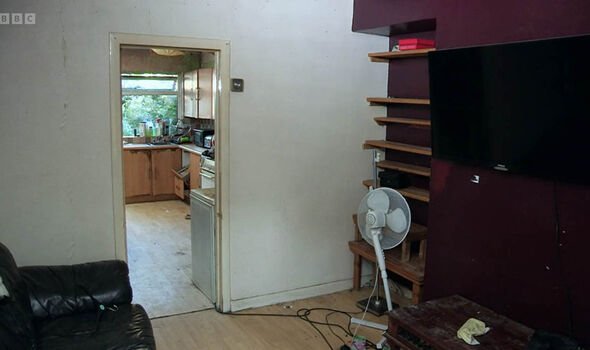 An obnoxious purple feature wall stood out in the neglected living room, which had abandoned furniture, dirty flooring, and broken blinds hanging on by a tread in the window.

The kitchen was entirely run down with dirty, half-stripped walls and a strangely placed toilet room tucked into the corner.

Major issues with the roof could also be seen in an exposed section of the ceiling with filthy countertops and a bathroom laden with grime.

Upstairs, Martin noted the “good size” bedrooms, which were in better condition than the downstairs areas. 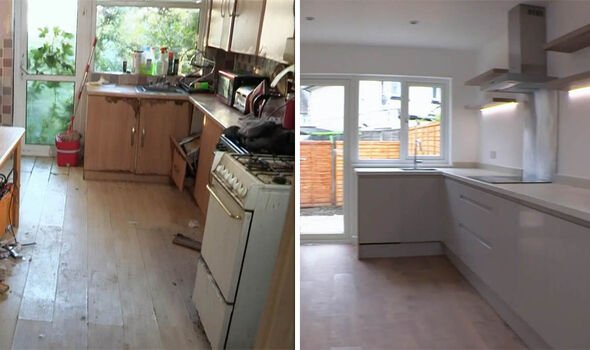 At auction, the property was sold for £260,00 to the final bidder, Adrienne, who purchased the London house for much more than the £225,000 guide price.

The high price made for an interesting purchase, though the well-connected location made it a fair bid in the London housing market.

Speaking to Martin at the derelict house, the busy mother of two shared her plans to replace the roof and knock through the kitchen area into an open-plan diner space, as well as changing the bathroom layouts both upstairs and downstairs.

On a £30,000 budget, she worried that she had no money leftover to clear the garden, and was determined to take on the over-grown mess herself.

Martin predicted a stressful renovation for Adrienne, due to the dilapidated condition of the house which he described as a “sorry sight”. 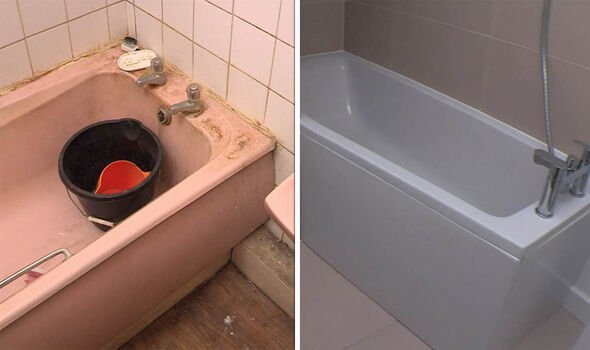 Looking for a new home, or just fancy a look? Add your postcode below or visit InYourArea

Upon his return to the Plaistow-based house, Martin was shocked by the budget transformation.

In just five months, Adrienne had revived the heart of the property by opening up the foul-smelling kitchen into a clean, modern diner.

Smart living space had been created in place of the unpleasant front room and looked just as sleek as the white kitchen area next to it.

Martin said the property had gone from “dirty, disintegrated and downright reeking, to clean, crisp and positively fragrant”.

Upstairs, the two bedrooms were sparkling white with plush grey carpets and a strategic boiler move had been made to position it downstairs.

The overgrown garden had been completely cut back which revealed a patio and “quite a few cats” which had to be re-homed.

While Adrienne was over the moon with the final result, she explained that it didn’t come

without its challenges, including a doubled budget of £60,000.

Almost every aspect of the property had been re-modelled, including the full roof which “was like a sieve”.

She said: “It’s actually almost a new house, apart from the bricks outside, because we replaced everything.”

In May 2020, two property experts were invited to view the house.

Both agreed the property was “old with a brand new life”, and would fetch around £350,000 on the sale market.

This would give Adrienne a pre-tax profit of between £40,000.

To rent, the experts estimated a rental value of £1,500 per calendar month, which would give Adrienne a yield of just over 5.5 percent.

Homes Under the Hammer is available to stream on BBC iPlayer.