How Bugatti finally became a business

(CNN)In late March, when the coronavirus pandemic spurred Bugatti to shut down production at its factory in eastern France, workers had just begun building the company’s new $6 million Divo supercar. When the factory reopened six weeks later, it was to a new world — one in which the global economy had been devastated.

For executives at the company, it was hard not to ask: How many multimillion-dollar cars like this will the world still want?
“For the time being, it’s almost impossible to make a forecast because we are operating in such a small market of hypercars around the world,” said Bugatti president Stephan Winkelmann. “It is very difficult now to nail it and to give a clear answer.” 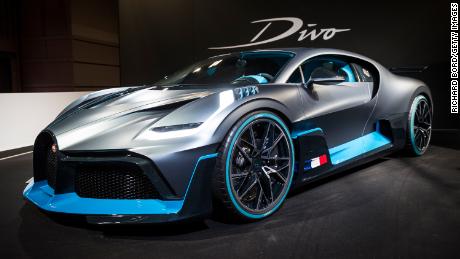 When it comes to the Divo, Bugatti says it will keep pushing ahead with production. All 40 of the Divos that it’s planning to build were already sold before the supercar was even revealed to the public in August, 2018, the company said. The company thought it would have delivered on the first few by now, but the shutdown has set the schedule back by several weeks.
Each Bugatti takes about two months to make. And even with the factory reopened, production is going even more slowly than usual, at least initially. “We are starting only to ramp up in the first week,” said Winkelmann.

The factory also needs to wait for suppliers in other countries, particularly in hard-hit Italy, to come back on line so it can get the parts it needs.
Bugatti is part of the Volkswagen Group (VLKPF), one of the world’s largest automakers. But the workers at Bugatti’s factory in Molsheim, France, do not engage in anything resembling mass production. There is no assembly line. Workers don’t stand in one place and add one part at a time while cars file past. Instead, it’s the car that stands in one place while workers gradually build it up into a 1,500-horsepower carbon fiber supercar. While other VW factories turn out hundreds of thousands of cars every year, Bugatti’s factory makes about 75, give or take.

Challenges in the way

Bugatti’s fortunes are tied to some of the world’s wealthiest car buyers — business moguls, professional athletes, investors and even sultans.
And last year, with the global economy surging, the brand had a solid year. Unit sales, which are limited by the factory’s glacial rate of production, increased by 7%, according to the VW Group’s annual report. Bugatti sold 81 cars compared to 76 the year before, a third straight year of increases.
But by the time Bugatti’s small shop reopened from its coronavirus shutdown on May 4, the world’s economy had crashed. And Bugatti’s business has already felt the impact, Winkelmann told CNN Business.
“For this year, we are seeing a drop in the hypercar market so we have to be prepared,” he said. 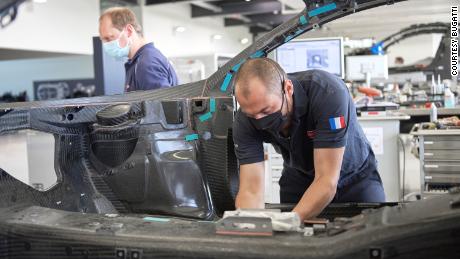 It will take another four to eight weeks before the company can determine whether these flagging sales will become a longer term issue. To prepare, Bugatti’s executives have plotted out scenarios based on various rates of economic recovery.
“We are evaluating all the different scenarios,” said Winkelmann, who was the CEO of Lamborghini before taking over at Bugatti at the beginning of 2018. “Liquidity of the company is of the utmost importance so we have to revise our planning according to what is going to happen. And we have to be very flexible and fast in reacting to the situation.”
Bugatti has more than enough cars already under contract to keep the factory busy for a long time, executives said, so no layoffs are expected. Savings might need to be found in other ways, though, such as cutting back participation in events around the world, like international auto shows.
Over the past couple of years, the company has revealed a few new cars like the $9 million Centodieci, of which only 10 are being produced. Then there’s La Voiture Noire, or The Black Car, of which only one is being made at a cost of $19 million, including taxes. 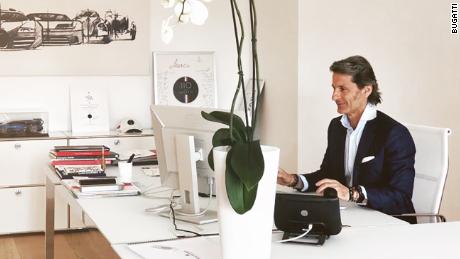 Further out, Winkelmann has also been talking about branching out into vehicles with, perhaps, more than two seats and prices under $3 million.
“I think we are ready, as a brand, for a car that is daily usable,” Winkelmann said in a 2019 interview with CNN Business. “Something that can be driven from A to B on a different price level and also a different [production] volume level.”

The road from here

The delivery of a brand new Bugatti to its owner is usually a major event. Often, customers travel to Molsheim where, along with offices, conference space and a greenhouse, Bugatti maintains the mansion built by founder Ettore Bugatti which now houses a museum about Ettore and the brand. New owners can visit that museum, see the factory and take their cars out on the same French country roads Bugatti’s own test drivers use.
Given the current pandemic restrictions, however, none of that is possible now. 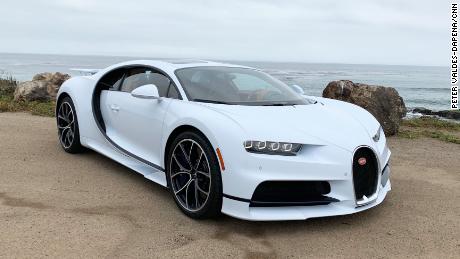 “As long as the government is not allowing us to welcome our customers, we have to be compliant,” Winkelmann said. “As soon as this is going to change, we will open up the doors again.”

In the meantime, getting the cars to their customers will depend on Bugatti dealers around the world. Those shops are also just now starting to open up again.
“We think that, by the end of May, almost 100% of our dealers are going to be operative again,” said Winkelmann. “And then, one-on-one, we will discuss which is the best way, for the single customer, to deliver the car.”
Source: Read Full Article