Keith Olbermann: Amy Coney Barrett, others should be 'prosecuted' and 'removed from our society' 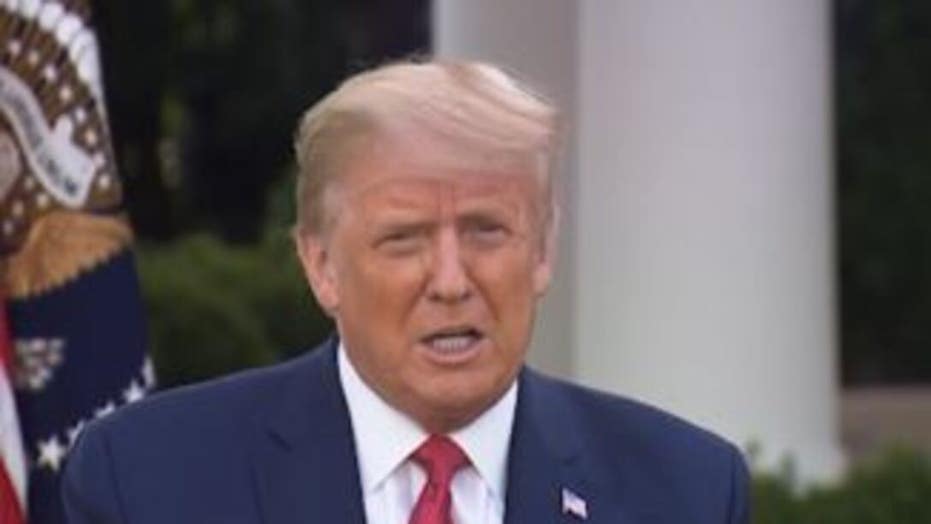 Liberal pundit Keith Olbermann referred to President Trump as a “terrorist” and called for Supreme Court nominee Amy Coney Barrett and others to be “prosecuted and convicted and removed from our society” in a lengthy rant on his personal YouTube channel on Thursday.

In a 14-minute tirade, the ex-MSNBC anchor argued the FBI should identify Trump as an “unindicted co-conspirator” of the plot by members and associates of an anti-government militia to abduct Democratic Michigan Gov. Gretchen Whitmer. He went on to accuse Trump of planning to reject the results of the upcoming election and added the president should be “destroyed” and “devoured at the ballot box.”

OLBERMANN WALKS AWAY FROM ESPN GIG TO BASH TRUMP ON YOUTUBE

“He, and his enablers, and his supporters, and his collaborators, and the Mike Lees and the William Barrs … and the Mike Pences, and the Rudy Giulianis and the Kyle Rittenhouses and the Amy Coney Barretts must be prosecuted and convicted and removed from our society while we try to rebuild it and to rebuild the world Trump has destroyed by turning it over to a virus,” Olbermann said.

Top Republicans officials have vowed to confirm Barrett, a federal judge and professor at Notre Dame Law School, to the Supreme Court by Election Day. Olbermann did not explain why he felt she should be prosecuted.

CNN BLASTS TRUMP'S DEPARTURE FROM WALTER REED: 'THIS IS THE VIRUS COMING BACK TO THE WHITE HOUSE'

Olbermann also said Republicans would try “Bush v. Gore on the grand scale” if Barrett gets confirmed to the Supreme Court and the 2020 presidential vote is close.

“Remember it, even as we dream of a return to reality and safety and the country for which our forefathers died that the fight is not just to win an election, but to win it by enough to chase, at least for a moment, Trump and the maggots off the stage and then try to clean up what they left,” Olbermann said.

Olbermann began posting YouTube videos earlier this week after announcing that ESPN had released him “a little bit early” from his contract so that he could resume political commentary.

“I’ll be doing a new, live daily commentary series with YouTube, focused on the presidential election called, ‘The Worst Person in the World,'” Olbermann announced. “You didn’t really think I was going to sit out this election, did you?"