As glimmers of hope driven by increased vaccinations and an improving economic environment get people thinking more about their future, many are in the process of evaluating their current work situations. In fact, recent studies suggest that the pandemic has driven more people to contemplate job changes than has been witnessed in a long time.

One seemingly obvious target for many people is a job in the tech industry. After all, tech companies not only survived but thrived in the pandemic and most people realize that our reliance on tech-related products and services (and the companies that supply them) are only going to grow over time.

Plus, the tech industry is generally known for offering more attractive wages and benefits than many other industries.

The problem, however, is that breaking into the tech industry has traditionally been seen as difficult to do – particularly if you don’t have a 4-year college degree. Thankfully, the situation is starting to change in a dramatic fashion.

Many of the latest efforts are driven in part by the reality that there simply aren’t enough people with the right skills and/or experience to fill all the jobs the tech industry currently has, much less the jobs it will continue to create.

After being laid off, my job was posted: Does my company have to rehire me?

There’s widespread recognition that many groups, including Blacks, Latinos, and women of all races, are woefully underrepresented in tech, leading to a wide range of product, strategy, personnel, and perspective issues that have started to come to the fore.

Many big tech companies have been aware of these concerns for some time (see “New job search: Tech companies tackle shifting jobs environment with reskilling efforts” for more). However, new programs designed to take people from all types of ethnic, socioeconomic and educational backgrounds and provide them with the skills and opportunities they need to succeed in the tech world are growing at a rapid pace.

As part of its Upskilling 2025 initiative, for example, Amazon has launched a new program inside its Amazon Technical Academy that’s specifically designed to take people without any technical background or training and turn them into software engineers in 9 months. The only requirement is a high school diploma or GED, though the program is also open to those with a college degree in other unrelated areas.

Given that the industry-wide median annual salary for software developers as of 2019 was $107,510, that’s bound to be an attractive option to many – especially because of the 98% success rate that previous programs at the Amazon Technical Academy have achieved in placing graduates into jobs. 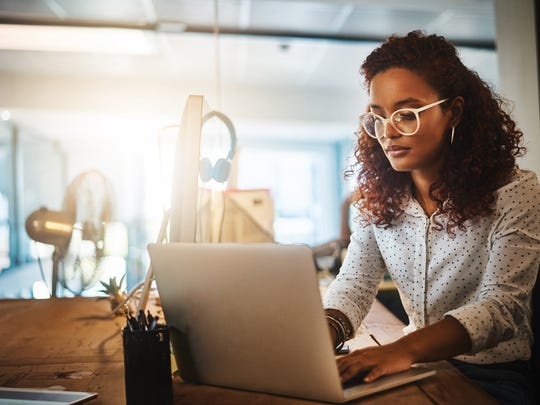 The full-time virtual program and its curriculum were developed by Amazon engineers and is open both to people who work at Amazon as well as those outside the company, thanks to a partnership Amazon formed with two schools, Kenzie Academy and Lambda School.

For Amazon employees, there is no tuition, and the company even provides a stipend for living costs and a subsidy for health benefits. This helps avoid the financial burden of having to be without a paycheck during the 9 months of training.

Kenzie Academy’s tuition is $20,000, though there are scholarships and flexible payment plans available. In the case of Lambda, the school uses an increasingly common approach of not charging for tuition upfront, but then taking a portion of a graduate’s earnings (something called an Income Share Agreement) until the tuition is paid, but not until the student gets a software engineering job. Again, this removes the critical financial burden, which might prevent people from lower-income households from even considering these programs.

At IBM, the company has created a free online training program, open to anyone, called SkillsBuild. It offers a variety of different online classes – many of which are powered by the company’s Watson AI technology.

The SkillsBuild program is targeted both at individuals and non-profits that want to provide tech skill-focused training classes for their members. The program has an online assessment tool that can provide guidance on the types of courses to take, as well as the types of opportunities to pursue. In addition, there’s an online job board that’s matched up to the classes being taught and the badges you earn as you take them.

Google also offers online skill building tools called Career Certificates that are specifically designed to build the skills required for a variety of different entry level IT (Information Technology) jobs – positions that have an average starting salary of $63,600. Most of Google’s courses are taught through Coursera, which charges $39/month to access them.

As Google CEO Sundar Pichai recently wrote in a blog about the program, however, the company is in the process of offering 100,000 scholarships for the Career Certificates through non-profits, workforce development boards, and other organizations that are specifically targeting underrepresented groups.

Many other big tech companies also have training programs that are designed to open the tech industry’s previously closed doors to a wider range of people, including Cisco’s Networking Academy and Microsoft’s Global Skills Initiative, which was recently extended to offer free online tech skill certification programs through the end of 2021.

While the pandemic’s toll has been horrific, one positive outcome beginning to appear is the opportunity for people to make a change and get a fresh start on their careers. Given the huge demand and wide range of financially rewarding opportunities in the tech field, there’s never been a better time to take a look at these types of programs and see if you can find a match for your interests and goals. This is particularly true if you’re part of a community that hasn’t typically been able to enjoy the tech industry’s successes.

There is no question that tech-related job skills have become important, so it’s great to see so many of the tech industry’s largest companies doing their part to extend the pool of potential workers. If you’re ready for a job change, it looks like now is a very good time.

USA TODAY columnist Bob O’Donnell is the president and chief analyst of TECHnalysis Research, a market research and consulting firm that provides strategic consulting and market research services to the technology industry and professional financial community. His clients are major technology firms including Microsoft, HP, Dell, Samsung and Intel. You can follow him on Twitter @bobodtech.

The views and opinions expressed in this column are the author’s and do not necessarily reflect those of USA TODAY.