The Australian operations of luxury handbag brand Mulberry are for sale after the fashion giant moved to take back control of its local franchise from a company overseen by the directors of failed retailer Sneakerboy.

Mulberry, which is listed on the London Stock Exchange and is a favourite brand of celebrities including the Duchess of Cambridge, Kate Middleton, has five stores in Australia — three in Melbourne and two in Sydney. 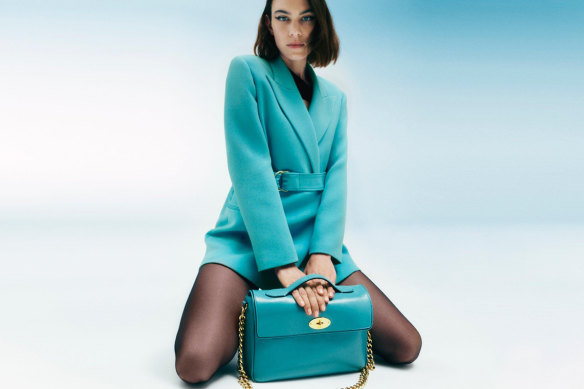 The leather goods maker operates as an independent franchise in Australia, run by the company Luxury Retail No 1.

Administrators Hamilton Murphy were called in to Sneakerboy last month due to short-term financing difficulties, the administrators said. The business sold luxury footwear brands including Adidas and Alexander McQueen, and was forced to close stores during lockdowns over the past two years.

In a statement on Friday, receivers McGrathNicol said Mulberry Group had appointed them as receivers to Luxury Retail No 1.

Mulberry stores will continue to operate on a business-as-usual basis, with all staff to remain employed and stores open.

“The appointment was made due to the Mulberry Group’s concerns over the continued viability of Luxury Retail, and comes after Mulberry Company (Australia) Pty Ltd recently acquired the secured debt owed by Luxury Retail to a third party,” the group said in a statement.

“This debt is secured by all assets of Luxury Retail, over which the Receivers have now been appointed.”

The receivers will soon launch a public process to sell or recapitalise the business.

Kogan said the receivers were now undertaking a financial review of the business, noting that Mulberry Group wants to stay in the Australian market.

There is a chance that if no local buyer is found, the UK parent company could take on ownership of the local stores.

“Mulberry Group intends to support the receivership process, including through the provision of additional funding, so that consumers can continue to shop at Mulberry into the future,” he said.