Jim Bridenstine, NASA Administrator on the space agencies plans for the moon and its potential impact on the U.S. economy.

NASA has announced a slew of partners that will work with the space agency to develop technologies for missions to the moon and Mars.

The agency announced the 14 American companies, including SpaceX, Lockheed Martin and United Launch Alliance and a number of small businesses, on Wednesday. The combined award has a value of more than $370 million.

NASA’s Artemis program aims to land American astronauts on the lunar surface by 2024 while establishing a sustainable human presence on Earth’s natural satellite. In its announcement, the space agency said the technologies will be used to develop sustainable operations on the moon by the end of the decade.

The agency's long-term goal is to send a manned mission to Mars in the 2030s.

NASA GENERATED MORE THAN $64B IN TOTAL ECONOMIC OUTPUT IN FISCAL 2019, REPORT SAYS

“The majority of the funding will help mature cryogenic fluid management technologies via in-space demonstrations led by small business Eta Space, Lockheed Martin, SpaceX, and ULA,” said NASA in a statement. “Each approach is unique, ranging from small- to large-scale and short- to long-term tests.” 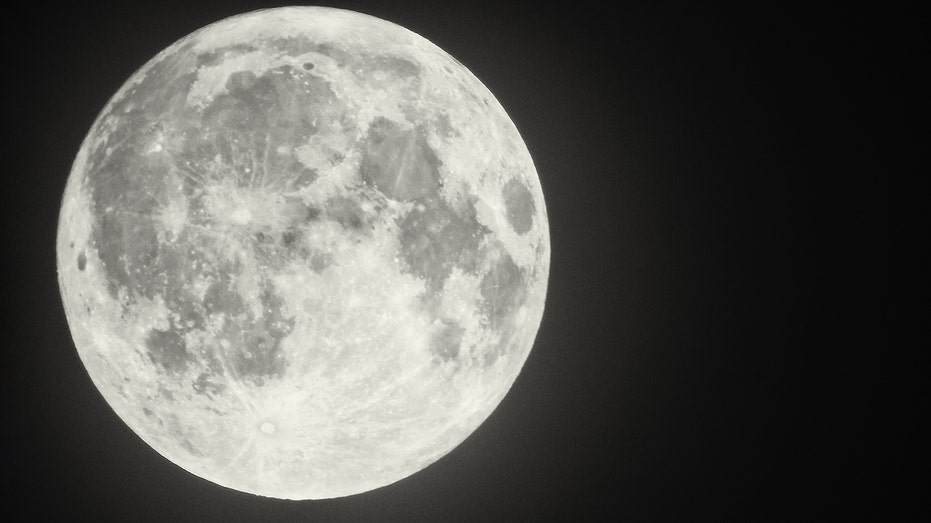 Photo of the Full Moon. (iStock)

“Future missions could use frozen water located at the Moon’s poles to make propellant by separating the hydrogen and oxygen,” NASA added. “The ability to store these super-cold liquids, whether they are launched from Earth or produced in space, for an extended period and transfer propellant from one tank to another, is crucial for establishing sustainable operations on the Moon and enabling human missions to Mars.”

Stocks in this Article

On its website, NASA explains that “a technology is considered at a tipping point if an investment in a demonstration will significantly mature the technology, increase the likelihood of infusion into a commercial space application, and bring the technology to market for both government and commercial applications.”

HOW DO NASA ASTRONAUTS VOTE IN SPACE?

“NASA's significant investment in innovative technology demonstrations, led by small and large U.S. businesses across nine states, will expand what is possible in space and on the lunar surface,” said NASA Administrator Jim Bridenstine in a statement Wednesday. “Together, NASA and industry are building up an array of mission-ready capabilities to support a sustainable presence on the Moon and future human missions to Mars.”

On Tuesday, NASA also announced the signing of Artemis Accords with a number of countries, including the U.K., Canada, Japan and Australia, to support lunar exploration.

In a statement posted on its website, the space agency explained that through all of its activities, it generated more than $64.3 billion in total economic output during the fiscal year 2019 and supported more than 312,000 jobs nationwide. NASA also generated an estimated $7 billion in federal, state and local taxes.

SPACEX MAKES HISTORY, LAUNCHES NASA ASTRONAUTS INTO SPACE FROM US SOIL FOR THE FIRST TIME SINCE 2011

The economic impact report found that NASA’s Moon to Mars strategy generated over $14 billion in total economic output and supported more than 69,000 jobs nationwide during the fiscal year 2019.

The 2020 calendar year has been a busy one for NASA. In May, for example, NASA astronauts Doug Hurley and Bob Behnken launched on a historic mission to the International Space Station from Kennedy Space Center atop a SpaceX Falcon 9 rocket.

The mission marked the first time that astronauts have launched from American soil since the final Space Shuttle flight in 2011. Hurley and Behnken splashed down in the Gulf of Mexico in a SpaceX Crew Dragon spacecraft on Aug. 2, ending their two-month trip to space.

Three more astronauts – Mike Hopkins, Victor Glover and Shannon Walker — are set to launch to the space station from NASA’s Kennedy Space Center aboard a SpaceX Crew Dragon spacecraft next month. They will be joined on the mission by Japanese Space Agency (JAXA) astronaut Soichi Noguchi.

Last week, NASA announced that the SpaceX Crew 1 launch has been pushed back from Oct. 31 to no sooner than early-to-mid November.