Pete Hegseth’s ‘Modern Warriors’ is available wherever books are sold

“Modern Warriors” ranked No. 5 on the Times' combined print and e-book nonfiction list, behind only offerings from Barack Obama, Matthew McConaughey, Dolly Parton and Michelle Obama.

“It’s raw, and it’s real, it’s candid, it’s politically incorrect and it’s funny,” Hegseth said. “You’re going to be exposed to a side of combat that you’ve never seen before, a level of candor you’ve never heard before … you’re going to learn a lot, quickly, about the last 20 years of war.”

Hegseth recently said he is humbled to have been selected as the first author from Fox News’ partnership with HarperCollins Publishers.

“It’s amazing to be bestowed that opportunity and honor, I think it’s got an amazing future in front of it, and it puts a little pressure on, right? You wanna start out the gates fast and I think we have,” he said of the book that hit retailers last week. 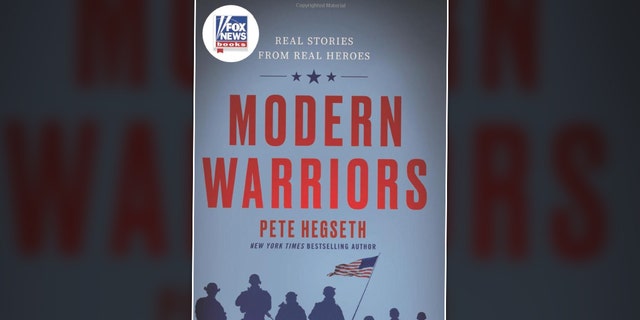 “I think ‘Modern Warriors' was a natural launching point, it’s such as red, white and blue Christmas gift, something that you would give to loved ones, so I think it made sense,” Hegseth said.

Hegseth first launched “Modern Warriors” as a show on Fox Nation, but the book of the same name goes even deeper. The highly decorated Navy SEALs, Army Rangers, Marines, Purple Heart recipients, combat pilots and Medal of Honor recipients opened up when chatting with Hegseth – a fellow veteran – who wanted them to paint a picture of modern warfare in a casual setting.

Hegseth also wrote about his own military experience, undertaking three Army deployments and collecting two Bronze Stars and a Combat Infantryman's Badge along the way.

“It was a combination of folks I had heard of, people who had been on the show, a lot of them had been on ‘Modern Warriors’ before and were expanding on their stories from the show, one of them, in particular, I served with in Iraq,” Hegseth said. “You’ve got Rangers, SEALs, Green Berets, snipers, bomb techs, Marines, pilots, every facet of the wars in Iraq and Afghanistan are represented.”