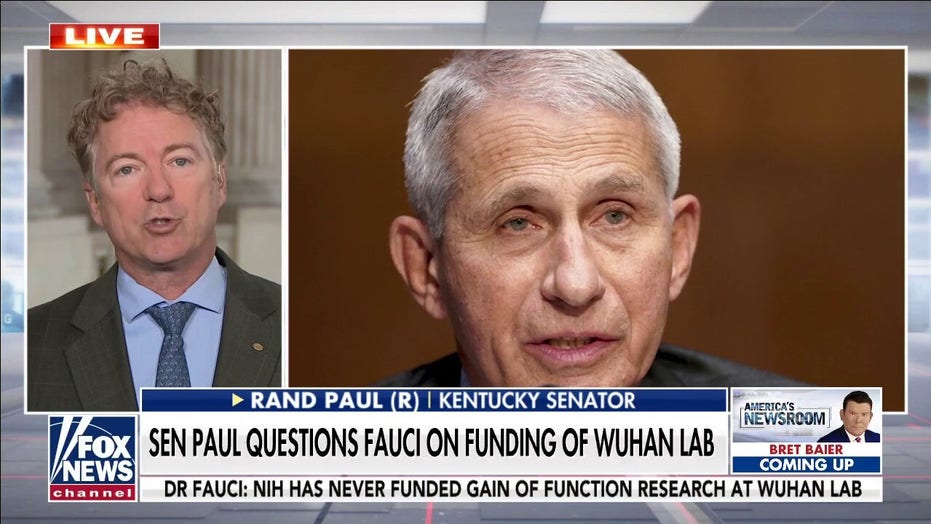 Sen. Rand Paul doubles down on claims that the NIH was funding gain-of-function research at the Wuhan lab.

Senator Rand Paul, R-Ky., claimed that Dr, Fauci lied to Congress when he denied that the National Institute of Health was funding research at the controversial Wuhan lab.

RAND PAUL: I would say what Dr. Fauci said yesterday was verifiably false. He said no NIH money went to Wuhan institute for gain-of-function. Well, the main doctor there—the one that they call the ‘bat scientist’ or the ‘bat woman’ is a woman named Dr. Shi Zhengli. She wrote a paper that MIT scientists have looked at that she said was gain-of function—meaning juicing up these viruses to make them very potent and infect humans. She wrote this paper and in the paper acknowledged their funding came from Dr. Fauci’s group, the NIAID, which is part of NIH…

So, Dr. Fauci came to Congress yesterday and lied. We can’t prove the virus came from the lab. I’m not saying it did. I’m saying there is very much suspicious evidence that it might have.