Sen. Pat Toomey (R-Pa.) on Sunday joined growing calls for President Donald Trump to resign following Wednesday’s assault at the U.S. Capitol, saying the president has “spiraled down into a kind of madness.”

Toomey was speaking with NBC’s Chuck Todd when he made the comments.

“I think the best way for our country, Chuck, is for the president to resign and go away as soon as possible,” he said on “Meet the Press.” “I acknowledge that that may not be likely but I think that would be best.”

Toomey made a similar call in a separate interview on CNN. 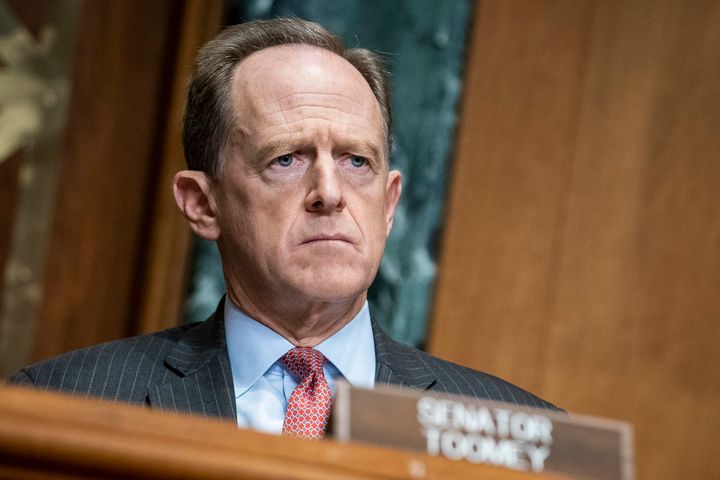 Toomey’s urging follows a similar call made by Republican Sen. Lisa Murkowski of Alaska on Friday.

“I want him to resign. I want him out. He has caused enough damage,” she told Anchorage Daily News.

Scores of Democrats have already called for Trump’s removal, either through impeachment or by Vice President Mike Pence and the Cabinet invoking the 25th Amendment.

Toomey said he doesn’t believe Pence will take action, due to a lack of “will.” He also believes that there are too few days left in Trump’s term in office to complete the process of impeachment. For these reasons, he said, it would be best for Trump to just resign.

Toomey, when asked why he hadn’t called for Trump’s removal prior to Wednesday’s attack, said Trump’s behavior in recent weeks has been unprecedented.

“The president spiraled down into a kind of madness that was different. I’m sorry if people don’t acknowledge that. I think what he did this past week is wildly different from the offensive tweets that were common during his presidency and I don’t think that those tweets clearly indicated that this was coming,” Toomey said.

He emphasized Trump’s decision to call his supporters to march to the Capitol in a speech just prior to the attack, which left five people dead.

“Come on, recruiting thousands of Americans from around the country to descend on the Capitol, promising a wild ride and inciting them to attack the Capitol building so as to prevent the constitutional responsibility of the vice president and the Congress to complete the peaceful transfer of power after an election, also that he could try to stay in office,” Toomey said. “That is wildly beyond anything that any of us, certainly that I ever contemplated, and anything that he did before. So I don’t think this unbelievable behavior of Wednesday, for instance, could have reasonably been expected.”