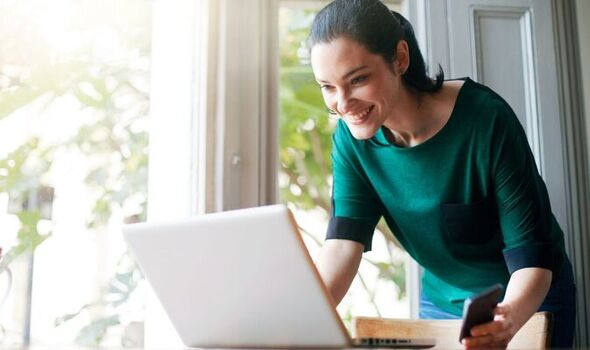 Experts are urging people to shop around for the best rate on their savings, but too many people fail to do so. They may lose a lot of money as a result.

The high street banks cannot compete but building society Nationwide is fighting back with an eye-catching fixed-rate bond paying 4.75 percent for those who can lock their money away for three years.

Savers cannot touch their money during that time, but are guaranteed to get that fixed rate for the full three-year term.

Someone who invested £10,000 invested would earn £1,493.76 in total compound interest by the end of the three-year term.

Their money would be worth £11,493.76 in total. That is highly attractive after years of rock bottom returns.

A year ago similar bonds paid just 0.95 percent and savers would have got interest of just £287.72 after three years.

This year’s higher savings rates have been a rare financial bright spot. However, they are still well below October’s inflation rate of 11.1 percent, so money held in cash is still falling in real terms.

For those who do not want to tie their money up for three years, Nationwide pays 4.50 percent fixed for two years on £1 and above.

That beats most other deals from high street banks who offer some of today’s most disappointing worst rates. For example, Lloyds offers a two-year fixed rate paying just 2.60 percent a year.

Andrew Hagger, banking and savings expert at MoneyComms, says: “Nationwide has decent rates for a high street provider but like most best buy deals, they are only available online. Also, they do not offer the option of monthly interest.”

That Nationwide three-year rate is hard to beat. A three-year bond from FirstSave did pay 4.80 percent, but it is no longer available after being oversubscribed due to high demand.

However, those who can only fix for two years period can find rates that beat Nationwide’s 4.50 percent.

However, there is no monthly interest option on this bond.

Shawbrook Bank pays 4.60 percent a year for three years with the added bonus of monthly interest for those who want it, Hagger says. “This is a great option for those looking to boost their monthly income.”

If two years is too long, he suggests taking a look at Shawbrook’s 18-month bond, which pays 4.55 percent a year.

Or if you only want to fix for 12 months, Atom Bank may tempt as it offers a top-rated deal paying 4.35 per cent.

Hagger said those who are able to lock their money away for a long time can get attractive rates off from five-year fixed-rate bonds.

“For example Gatehouse Bank is paying 4.85 percent and Zopa 4.75 percent.”

Until recently, some five-year bonds paid more than five percent, but rates have fallen as interest rate forecasts have fallen.

Best buys do not last long these days so if you spot one you like, be ready to act.