SCIENTISTS have just reset the official Doomsday Clock and given it a new time concerning time for 2023.

The Bulletin of the Atomic Scientists hosted a live virtual news conference today to reveal when they think the world will end. 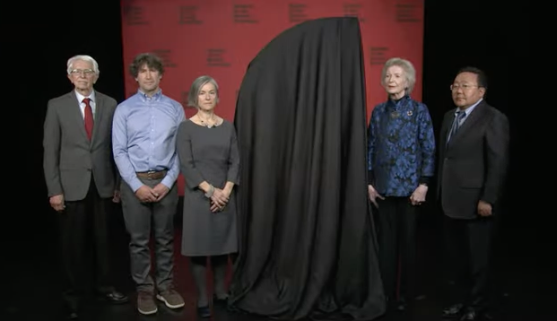 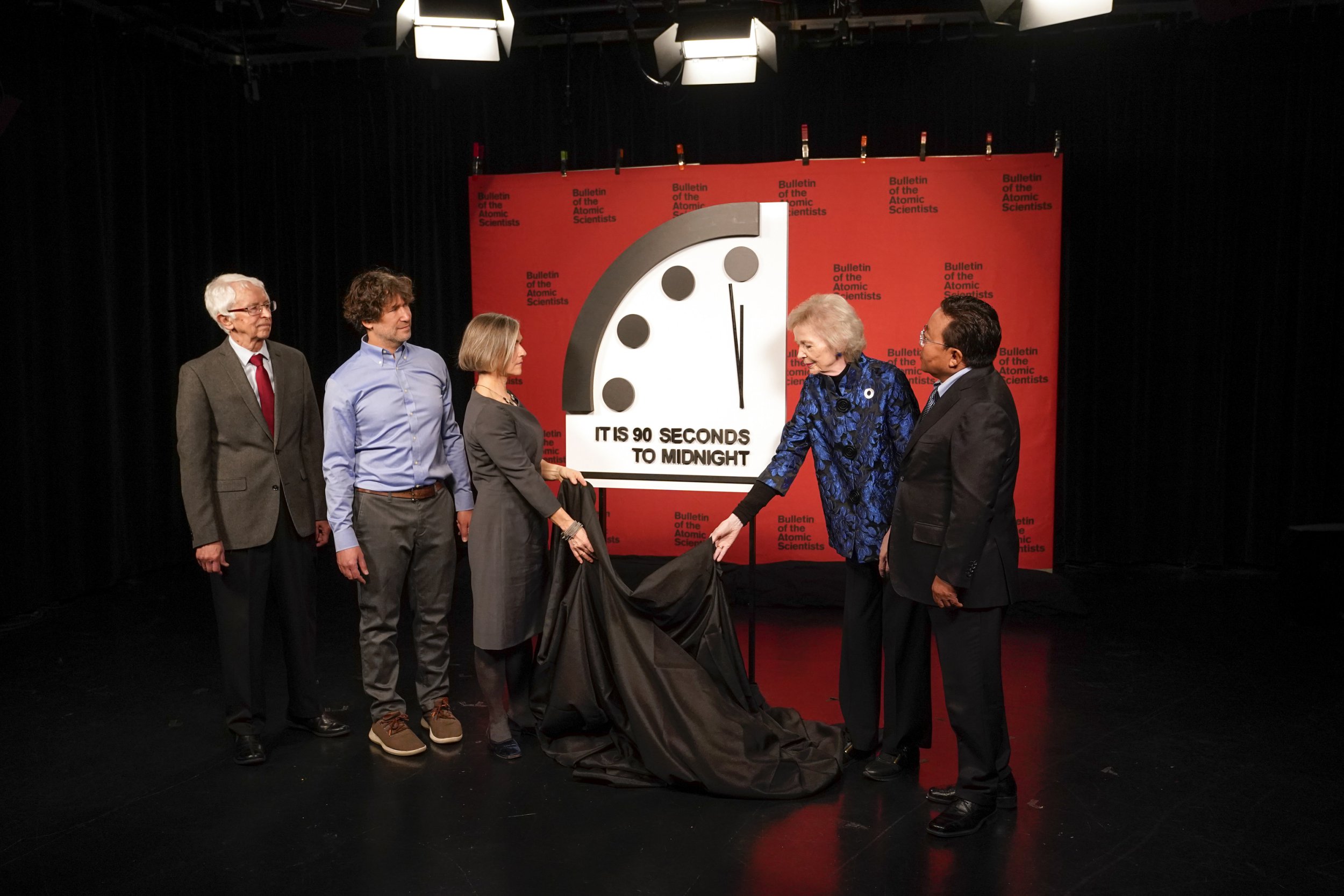 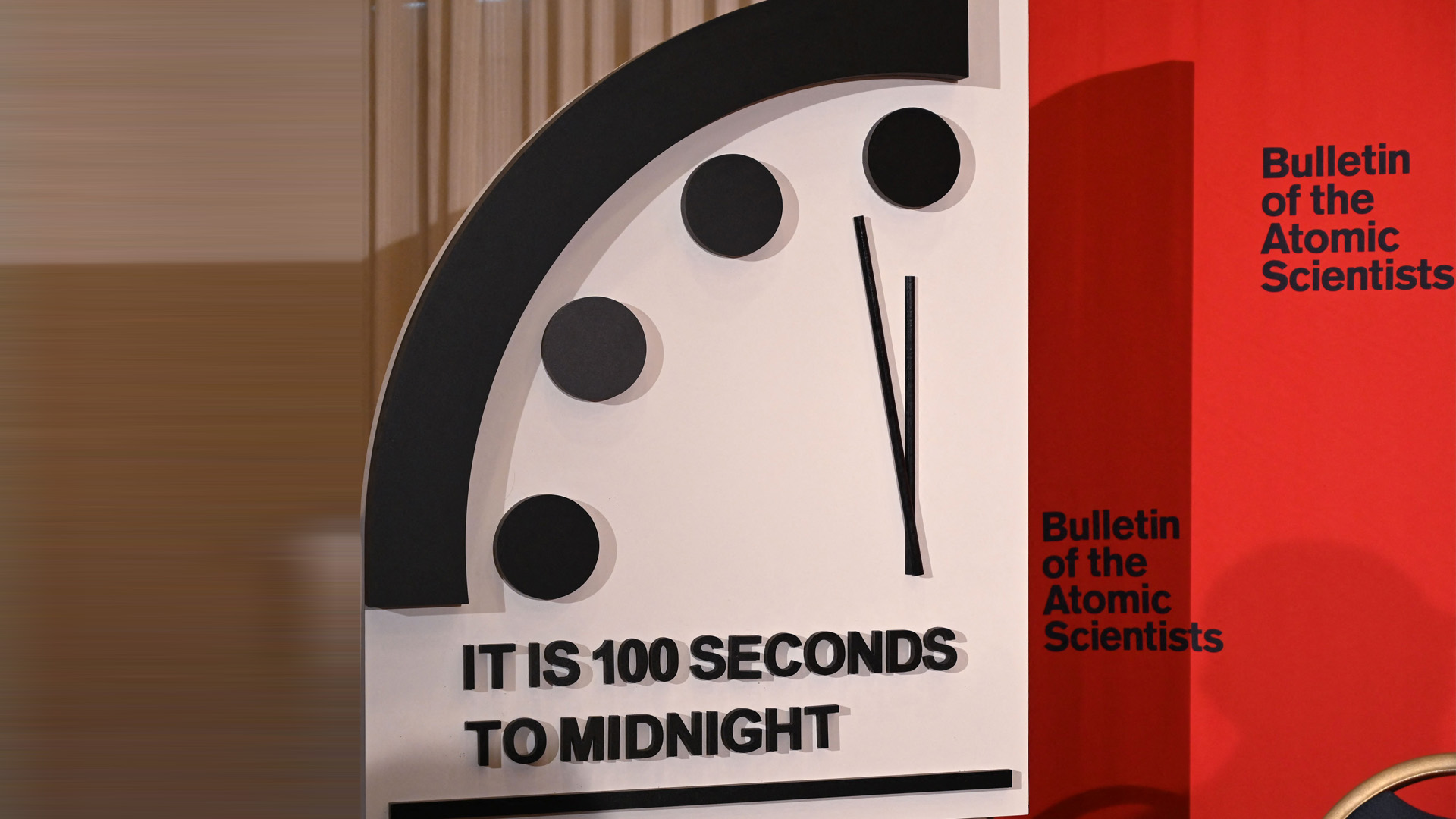 The Doomsday Clock has been reset to a time of 90 seconds to midnight.

Last year, it was set at 100 seconds to midnight.

The new time – 90 seconds to midnight – is the closest that the clock has ever been to suggesting that the end of humanity will happen soon if no action is taken.

The farthest the Clock has ever been set away from midnight is 17 minutes but that was decades ago in 1991.

Before the reset, rumors swirled that the Russia-Ukraine war would move the time on the Clock closer to midnight.

The Doomsday Clock announcement started with a warning about the war, biosecurity, and nuclear weapons.

The Doomsday Clock countdown – which acts as a metaphor for the global apocalypse – takes into account the likelihood of emerging threats like war breaking out and the impact of the Covid-19 pandemic as well as advances in biotechnology and artificial intelligence.

The Bulletin of the Atomic Scientists believes humans can lessen the threats to humanity that they've created.

A panel of scientists revealed that the new time represents fears over nuclear weapons being used by Russia.

Elbegdorj Tsakhia, former president and prime minister of Mongolia, said the new time should be "cause for concern" and that we're closer than ever to disaster.

This is the first year the Bulletin of the Atomic Scientists will release its Doomsday Clock statement in English, Ukrainian, and Russian.

Mary Robinson, Chair of The Elders and former UN High Commissioner for Human Rights, said: “The Doomsday Clock is sounding an alarm for the whole of humanity.

"We are on the brink of a precipice. But our leaders are not acting at sufficient speed or scale to secure a peaceful and liveable planet.

"From cutting carbon emissions to strengthening arms control treaties and investing in pandemic preparedness, we know what needs to be done.

"The science is clear, but the political will is lacking. This must change in 2023 if we are to avert catastrophe.

Ban Ki-moon, Deputy Chair of The Elders and former Secretary-General of the United Nations, said: “Three years ago, I helped unveil the Doomsday Clock when its hands were last moved.

"Today they are even closer to midnight, showing how much more perilous our world has become in the wake of the COVID-19 pandemic, extreme weather events and Russia’s outrageous war on Ukraine.

"Leaders did not heed the Doomsday Clock’s warnings in 2020. We all continue to pay the price. In 2023 it is vital for all our sakes that they act.”