Sen. Steve Daines, the founder and chairman of the Senate Pro-life Caucus, slammed President Biden over his executive actions to roll back two Trump policies that restricted government support for abortion.

Specifically, Biden will issue a presidential memorandum that will rescind the Mexico City Policy, which prevents the federal government from funding international organizations that provide abortion.

In a similar move, Biden’s memorandum will direct the Department of Health and Human Services (HHS) to reconsider Trump-era regulations that require separation between family planning programs funded under Title X and abortion. This includes the actual performance of abortions, referrals for abortions and financial connections to abortion-related activities. 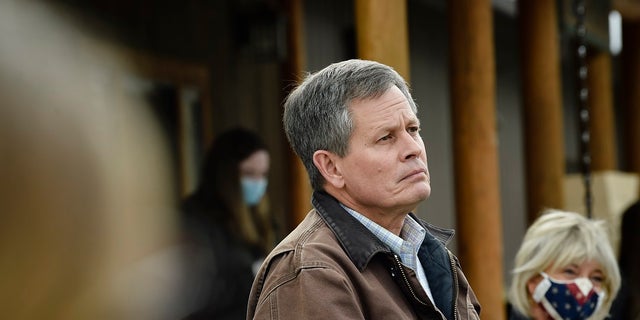 “President Biden’s decision to reverse critical pro-life policies at home and abroad shows a complete lack of respect for the sanctity of human life,” Daines, R-Mont., said in a comment given to Fox News. “These actions will enrich Planned Parenthood and the abortion industry at the taxpayers’ expense, while endangering the most vulnerable. The United States should not be promoting a radical abortion agenda throughout the world, we should be leading the fight to protect the unborn and all life.”

The White House Thursday morning said, “for President Biden, this is personal.” The actions, it said in a fact sheet, will “protect access to reproductive health care.”

Daines, meanwhile, said he is introducing a bill that would ban the abortion of babies because they are diagnosed to have Down syndrome before they are born.

“Tomorrow is the 48th annual March for Life. Although this year’s March will be primarily virtual, the importance of standing together to protect the unborn, the most vulnerable, and all life is as important now as it has ever been,” Daines said on the floor. 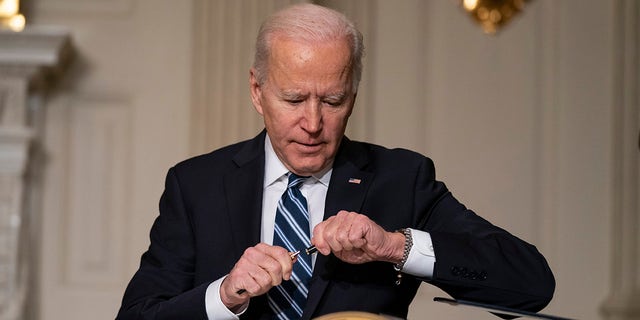 “I believe every human being is born with God-given dignity and potential. No Court, no legislature, no law, can take that away,” he continued. “Nevertheless, today, babies with Down syndrome are the most endangered on Earth… That’s why I am joining my colleague from Oklahoma, Senator Inhofe, in introducing the “Protecting Individuals with Down Syndrome Act” which will prohibit abortions that are sought because of a diagnosis that an unborn child has or may have Down syndrome.”

Daines recounted his experience with a friend’s son, who he said was named Andrew, saying the boy is “a true joy and his family celebrates his life every day.” But, he said, 67% of babies diagnosed with Down syndrome are aborted… In Europe, the numbers are even worse.”

The penalty for a doctor knowingly performing an abortion due to a Down syndrome diagnosis in Daines’ bill would be up to five years in prison.