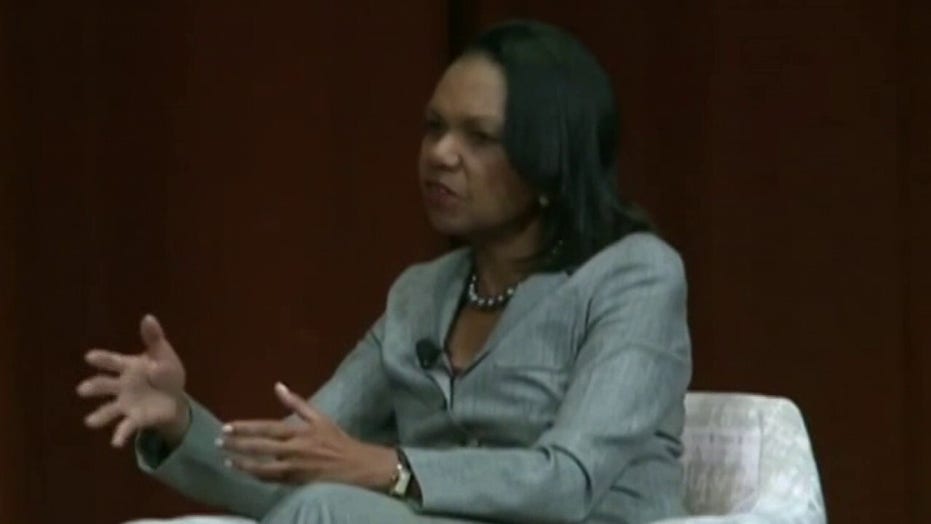 It’s election season, so once again Democrats are pandering for Black votes. Their latest gimmick is for presumptive presidential nominee Joe Biden to very publicly consider — and perhaps select — a Black woman to be his running mate.

In a move to pander for the votes of women, former Vice President Biden earlier promised that he would only consider women to be his vice presidential pick.

White Democrats feel deeply entitled to the Black vote. This summer’s unrest has deepened that sense of entitlement, not checked it.

CIVIL RIGHTS ATTORNEY BLASTS DEMOCRATIC PARTY: 'THEY BELIEVE EVERY BLACK MAN HAS TO VOTE FOR THEM'

History shows that White Democrats largely ignore Black Americans until important elections when Democrats, like clockwork, create a racist bogeyman out of the Republican nominee (no matter who it is), demonizing Republicans as an existential threat to the Black community.

For example in the wake of George Floyd’s killing by Minneapolis police and demands for police reform, Biden has done exactly what you would expect from him: divisively and falsely claimed that President Trump is the most racist president ever, while vaguely blaming the president for the violence.

Biden does not even consider the possibility that the Black vote is up for grabs.

Biden’s sense of ownership of the Black vote was displayed by his inflammatory and insulting declaration on “The Breakfast Club” radio show that “you ain’t Black” if you don’t vote for him.

Biden’s “Breakfast Club” interview disaster led to nationwide calls for Biden to finally articulate a “Black agenda.” The problem for Biden is that he has no Black agenda. Democrats have lacked a policy-oriented agenda to advance Black Americans for decades.

We need to make sure everyone knows what President Trump has done to improve the lives of Black Americans.

Instead of a “Black agenda,” Democrats have opted for a “Black playbook.” This playbook takes the question “what have Democratic policies done to advance Blacks” and reacts with fearmongering and allegations of racism against Republicans who dare challenge Democrats for the votes of Black Americans.

The point is to scare the Black community into thinking we have no choice but to take what little respect and favorable polices White Democrats offer. And there is little respect indeed.

Over time, White Democrats get so complacent that they are offended when Black people make reasonable policy demands. Biden and other Democrats simply shout “racist” at Trump and other GOP elected officials, and expect Black voters to automatically fall for the lie.

The Democratic assumption is that Black people are too stupid to think for ourselves and judge candidates on their merits. The Democrats want us to automatically give them our support to somehow prove our Blackness. How demeaning!

All Black people do not all think alike and hold the same political views, any more than all White people do. But I’ve never heard anyone tell White voters that “you ain’t White” if they don’t vote for a particular party or hold a particular set of beliefs.

Biden and the Democrats would play the race card against any Republican running for the presidency. If Sen. Ted Cruz of Texas, Sen. Marco Rubio of Florida, then-Gov. John Kasich of Ohio or any of the other Republicans seeking the party’s presidential nomination in 2016 had defeated Trump and become president, the Democratic line of attack against them would be the same.

Kasich is a particularly good example, because Ohio Democrats tried to paint him as a racist for not having a Black person in his initial Cabinet when he was governor. But the lives of Black folks improved under Kasich, so they didn’t buy what the Democrats were selling. Kasich got more than a quarter of the Black vote in his reelection and won every county with a significant Black population.

President Trump may also have a path to significantly increasing his Black support. A January Pew Research Center poll showed that 25 percent of Black voters identify as conservatives.

And while many polls show Black support for President Trump as unchanged from 2016, a June 5 Rasmussen tracking poll, during the height of the protests, had the president’s approval among likely Black voters at 41 percent, with 25 percent of likely Black voters strongly approving.

President Trump has strongly condemned the violence sweeping America, recommitted to delivering justice in the death of George Floyd, and signed an executive order on police reform.

For many Black voters this may represent the correct balance.

Biden has unreasonably (but predictably) blamed the president for the violence and rioting hitting many communities after Floyd’s death. In contrast to President Trump, Biden was slow to condemn the violence.

Black folks are wise to the Democrats’ playbook. Republicans now have a chance to shift the American political landscape.

The president and the Republican Party must aggressively engage the Black community. We need to make sure everyone knows what President Trump has done to improve the lives of Black Americans.

For example, the president has signed criminal justice reforms into law that reduce the imprisonment rate of Black people; sharply increased funding for historically Black colleges and universities; created Opportunity Zones to spur economic development and job creation in low-income communities with large Black populations; reduced Black unemployment to record lows before the coronavirus pandemic hit; and worked in other ways as well to build a better future for Black Americans.

Traditional leaders in the Black community and the new generation of activists who are motivated to fight injustice should unite to build a real Black agenda based on education, jobs and equality. And then we should make Democrats and Republicans compete for our votes. Simply voting automatically for Democrats invites them to take us for granted.