TERRIFYING footage of an unidentified object cutting through the night sky over a city in Mexico has been shared online.

Posted to a Reddit forum on Wednesday, the video shows fiery debris breaking off the mysterious object before it soars out of view. 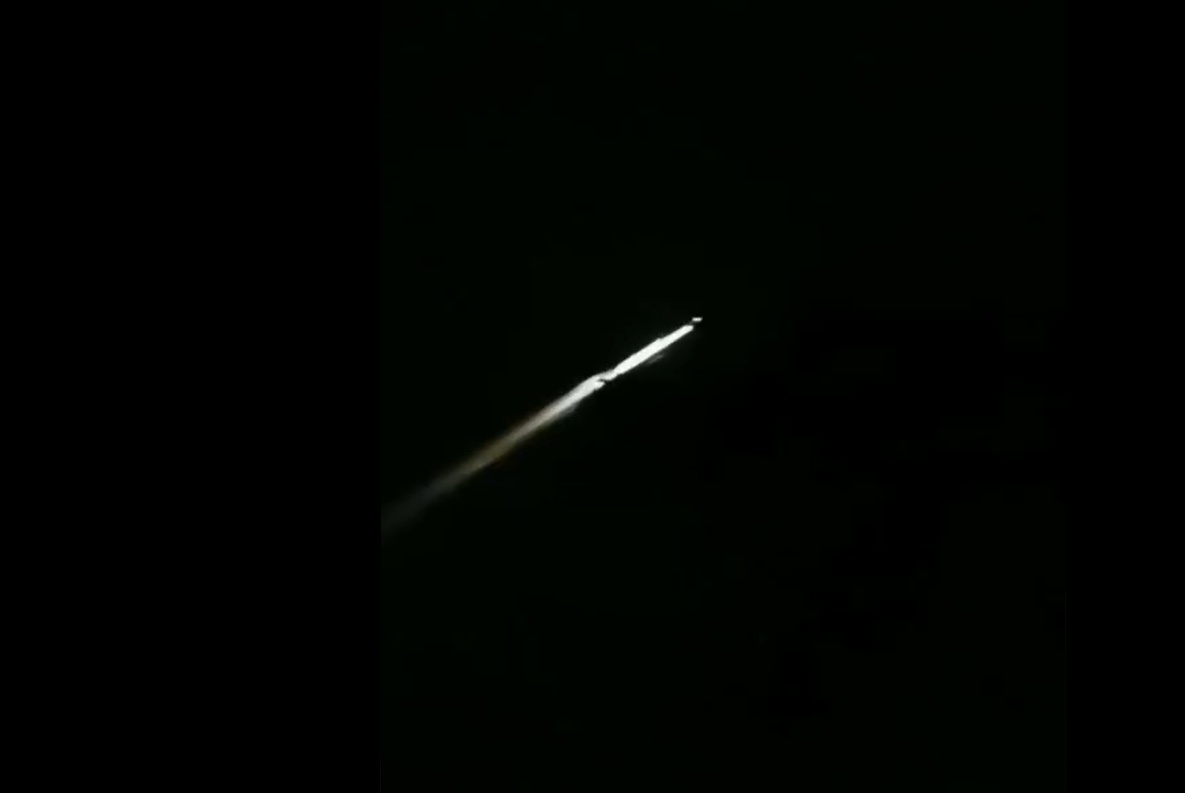 User u/ZabiLarry wrote alongside the 26-second clip: "A meteorite just fell and illuminated my entire city."

They claimed that the alarming incident took place above the city of Monterrey in northern Mexico.

It remains unclear what the object was.

While u/ZabiLarry suggested it was a meteorite, various online commenters have argued it was more likely a manmade object. 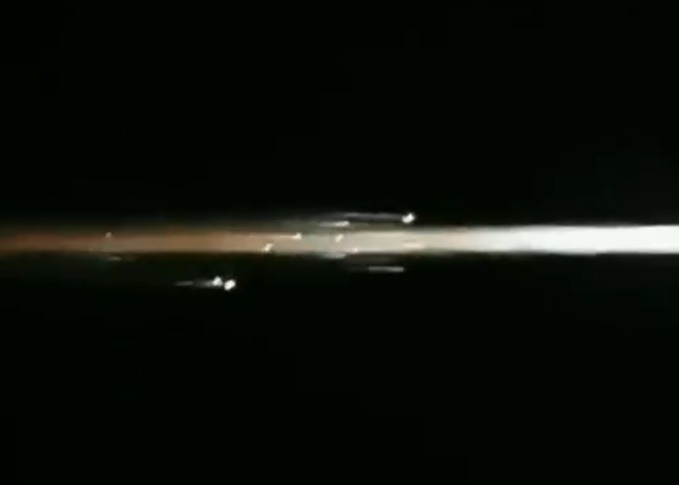 One Reddit user wrote in response to the post: "I imagine from the speed and how it's breaking up that this was a man-made object re-entering the atmosphere. Could be wrong though."

Others speculated that the fiery debris was leftover space junk from the launch of a US rocket last week.

A Northrop "Cygnus" rocket lifted off from Virginia on a resupply trip to the International Space Station on October 3.

Space debris trackers had indicated that the craft's jettisoned second stage would return to Earth on Wednesday.

In a comment under the video, one Reddit user said: "It is (was) the second stage of the Antares rocket that launched the Cygnus cargo resupply vessel to the ISS last Saturday."

However, it appears the video is an old clip reuploaded to Reddit.

Dutch scientist Dr Marco Langbroek cleared up the confusion on Twitter after the video was shared there.

The Leiden University space expert revealed that the footage was actually captured in July 2020, and shows a Russian rocket part soaring over Earth.

"This video is doing the rounds as being reportedly seen last night," Dr Langbroek tweeted on Thursday.

"It however is an old video, from 18 July 2020, showing the reentry of a Russian rocket stage from the launch of Kosmos 2542 over Mexico."

What’s the difference between an asteroid, meteor and comet?

Confusion arose because the footage was posted at the same time as an actual fireball was spotted over Mexico on Wednesday.

"It is NOT footage of the fireball reported from Mexico last night," Dr Langbroek said.

Rocket parts regularly fall back to Earth days or even years following launches.

Most burn up harmlessly in the atmosphere, but others make it all the way to the ground.

Last month, a Chinese Long March 4B rocket crash landed on a town in the country's Shaanxi province, narrowly missing a school.

In other news, three huge asteroids skimmed past Earth this week in a series of close shaves.

A Michigan family were left stunned last year after a Samsung satellite crash-landed in their back garden.

What do you think of the video? Let us know in the comments!