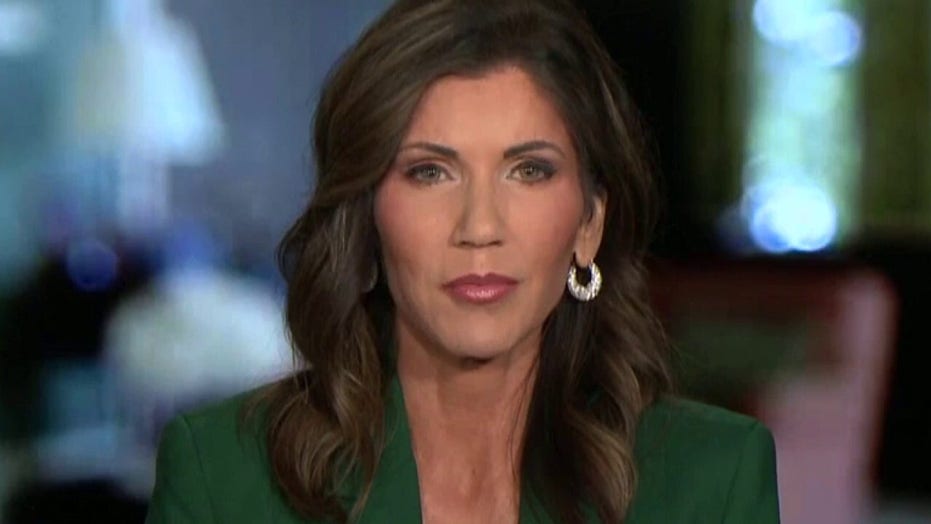 South Dakota Republican Gov. Kristi Noem stood by President Trump's pledge to defend America's monuments Tuesday, telling "Your World with Neil Cavuto" that the movement to remove statues represents an attempt to "rewrite the foundation" of the United States.

"I think it's important we protect our history. This isn't about equality anymore," Noem told host Neil Cavuto. "This is a radical rewriting of our history to take away our freedoms and liberties. It's really trying to rewrite the foundation of this country and so it's alarming to me.

"I'm thankful that the president made the statement that he made in his speech about protecting Mt. Rushmore and other monuments across the country. It's incredibly important that we recognize that the founders, those in our past, are certainly not perfect individuals, but we can learn something from them and we need to focus on the virtues they brought us as well."

Noem described Trump's Friday address at Mt. Rushmore as a "positive" and "unifying" speech and said that she was "disappointed to see people criticize it."

Cavuto asked Noem if the president "hurt his cause" over the weekend by describing the incident involving a "noose" in the Talladega garage of NASCAR driver Bubba Wallace as a "hoax."

Noem said she hadn't spoke to the president on that issue but did talk him about fighting a "radical agenda."

"I did speak extensively to him about South Dakota while he was here, talked to him about our country and how we can bring people together and really what this election is about. It's about results," Noem said. "It's about policies that are good for the American people and that we can't afford to let a radical agenda, which is a political agenda designed to destroy this country, gain any foothold."

Cavuto pressed Noem on the coronavirus asking, "Do you think we are risking making too light of it and ignoring precautions as a result, the president included?"

"Well, I reject that, Neil, because I've never made light of the virus," Noem responded. "I've taken it very seriously. What I also believe is that we need to make sure that we're making good decisions, taking personal responsibility.

"I still talk to South Dakotans about that every single day. And I think it's incredibly important that we do what we can to mitigate the spread of this virus. But we also know that we can't stop it."