NASA astronaut Doug Hurley said he hopes the successful arrival of the SpaceX Dragon capsule at the International Space Station on Sunday encourages the nation.

"Take a message from NASA in that anything is possible," Hurley said during astronauts' first press conference since the arrival. "We had a really rough couple of months and just to be able to show the country what the agency's made of, what the commercial crew did, what SpaceX did, I hope they take some pride, a sense of accomplishment seeing that."

Hurley and fellow NASA astronaut Bob Behnken left Earth on Saturday on board a rocket ship built by the space company founded by billionaire Elon Musk.

It was the first time a privately built and owned spacecraft carried astronauts to the orbiting lab in its nearly 20 years. NASA considers this the opening volley in a business revolution encircling Earth and eventually stretching to the moon and Mars. 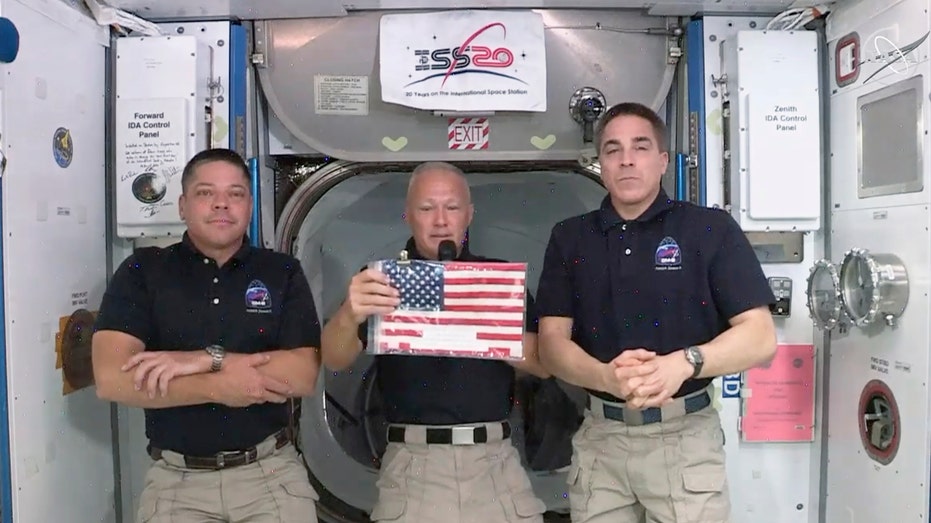 NASA has yet to decide how long Hurley and Behnken will spend at the space station, but it will be somewhere between one and four months.

"I tried to explain to my son who's 6 years old," Behnken told reporters Monday. "From his perspective, he’s just excited we’ll get a dog when I get home."

While they're there, the Dragon test pilots will join NASA astronaut Chris Cassidy and two Russian station residents in performing experiments and possibly spacewalks to install fresh station batteries.