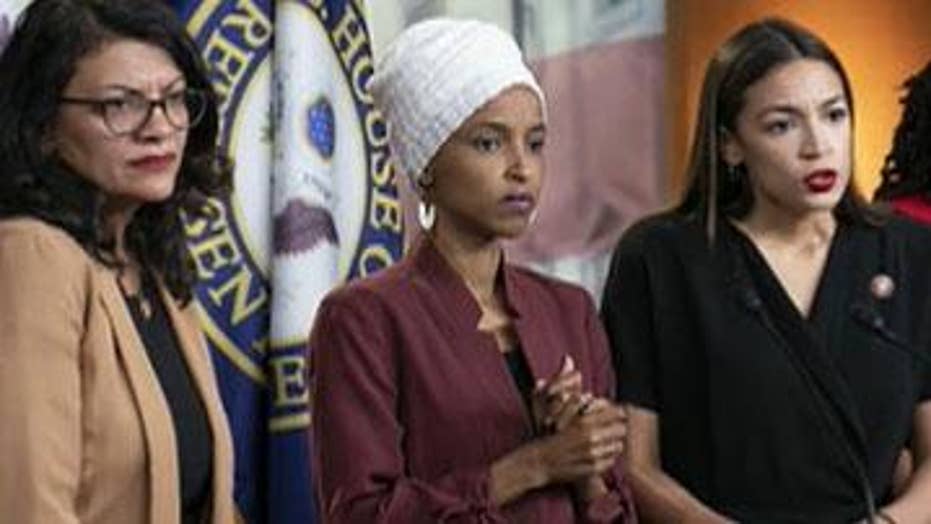 Bradley Byrne takes on Kaepernick and ‘The Squad’

Congressman Bradley Byrne wants to stand up with President Trump, take the country in the right direction and fight back against the cultural divide

The Democratic Party’s progressive flank is calling to “abolish the death penalty” after Brandon Bernard was executed for his role in the 1999 kidnapping and killing of two ministers.

Others who called to do away with the practice were Sen. Bernie Sanders, I-Vt., and New York Mayor Bill de Blasio.

“State sanctioned murder is not justice. The Trump Admin. has succeeded in only one thing, cementing their legacy of death with a criminal pandemic response & cruel return of the federal death penalty after 17 years,” Pressley wrote on Twitter.

Bernard was one of five members of a Texas street gang involved in kidnapping and murdering Iowa ministers Todd and Stacey Bagley in 1999. He was 18 at the time of the crime, and was put to death at age 40.

Many thought Bernard's sentence should be commuted on account of his good behavior in prison. They pointed to his wholesome hobbies while incarcerated– he said he liked to crochet, read, write and play the guitar.

He spoke for more than three minutes just before his execution, directing his last words at the witness room.

Bernard was the ninth inmate put to death since July, when the Trump administration ended a 17-year hiatus on federal executions.

The Supreme Court in a 6-3 ruling denied Bernard's request for a stay of execution Thursday night, clearing the way for his death sentence to proceed. Defense attorneys had argued that Bernard was a low-ranking member of the group.

The five teenagers, three of whom were under 18, asked the Bagleys, who were in their 20s, for a ride to a convenience store on June 21, 1999, planning to rob them. The Bagleys agreed, and then Christopher Vialva, said to be the ringleader of the group, pulled out a gun and forced them into the trunk. The group drove around trying to use the Bagleys’ ATM cards. Through a hole in the trunk, the Bagleys begged their kidnappers not to kill them and urged them to accept Jesus.

Later the teens pulled to the side of the road and Vialva shot the Bagleys in the head. Vialva was put to death earlier this year for the crime.

Bernard then lit fire to the vehicle. The central question has been whether the gunshots killed the ministers or the vehicle erupting in flames. Bernard’s lawyers have argued the couple was already dead when their client lit the vehicle on fire. The Department of Justice has said Todd Bagley was killed by the gunshot but Stacey was only knocked unconscious, and later killed by smoke inhalation after the car fire.

Todd Bagley's mother, Georgia, said Thursday that "without this process, my family and I would not have the closure needed to move on in life."

"This senseless act of unnecessary evil was premeditated and had many opportunities to be stopped at any time during a 9-hour period. This was torture, as they pleaded for their lives from the trunk of their own car," she said in a statement. "Please remember that the lives of family and friends were shattered and we all have grieved for 21 years waiting for justice to be served."

A jury in the U.S. District Court for the Western District of Texas found Bernard guilty of two counts of murder in June 2000 and unanimously recommended a death sentence.

But Bernard's defense team said several members of that jury supported the reduction of his sentence.