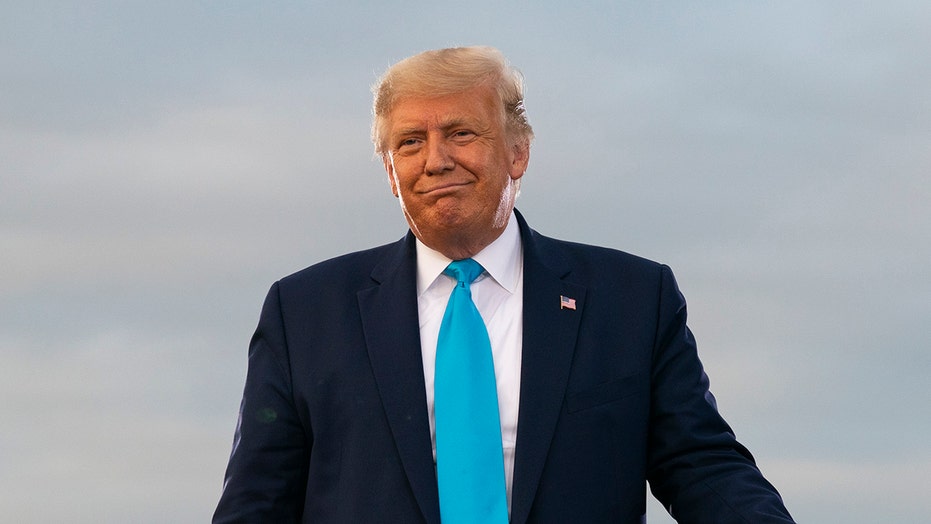 Trump lashes out at The Atlantic over report; John Roberts reports.

Domenech is the husband of Meghan McCain and son-in-law of the late Arizona Sen. John McCain. Trump and the late senator were known to have sparred, but despite that, Domenech appeared to side with Trump in the latest controversy.

Trump and many from the White House staff forcibly have denied the allegations published in The Atlantic on Thursday evening, alleging, according to four unnamed sources, that the president referred to dead soldiers buried at the Aisne-Marne American cemetery near Paris as "suckers" and that the land was "filled with losers" during his visit to France in 2018.

Also in the report, Goldberg wrote, "When [John] McCain died, in August 2018, Trump told his senior staff, according to three sources with direct knowledge of this event, 'We're not going to support that loser's funeral,” and he became furious, according to witnesses, when he saw flags lowered to half-staff. 'What the f— are we doing that for? Guy was a f—ing loser,' the president told aides."

"I'm confident I have better sources within this White House than @JeffreyGoldberg, and I expect that upon investigation his anonymously sourced story will live up to the quality we can expect from The Atlantic under his leadership," Domenech tweeted Thursday evening.

Trump, who publicly called the late senator a "loser" in 2015, denied the claims that were made regarding the planning of McCain's funeral, saying that despite their differences, the president thought he deserved the proper funeral.

There has been a growing call from members of the mainstream media for the anonymous sources who were cited in The Atlantic's report to go on the record.

When asked on Friday why the anonymous sources have not gone on the record, Goldberg suggested that despite his efforts, they didn't want to be "inundated with angry tweets and all the rest."

The recent anti-Trump memoir from former national security adviser John Bolton appears to undercut a significant claim from Goldberg's report that the reason why the president canceled his visit to the Aisne-Marne American Cemetery in France back in 2018 was that he didn't want his hair "disheveled" and for his disrespect for the fallen soldiers, not due to bad weather as it was publicly said.

Bolton's book alleged that the visit was canceled because poor weather conditions prevented Trump to be flown via helicopter safely. Sources who were in the meeting during which the decision was made told Fox News it was indeed because of weather, and they said they never heard the president refer to the war dead as "losers" or "suckers."