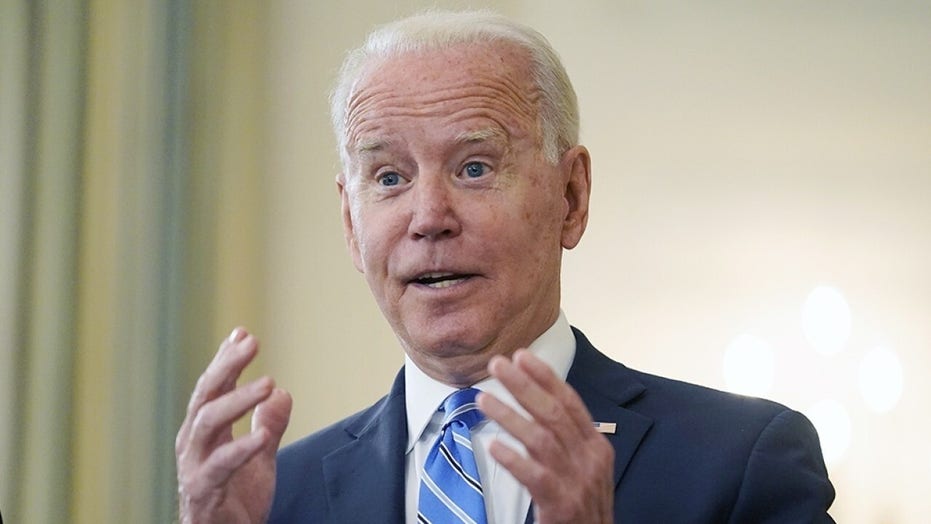 ‘The Five’ react to Biden’s past statements on shutting down the virus and compare to his performance on combatting the COVID-19 pandemic.

“The Five” ripped President Biden Tuesday for failing to deliver on campaign promises to shut down coronavirus and accused him “giving up.”

During the 2020 campaign, candidate Joe Biden promised that he would end the pandemic in the U.S. “We will deal honestly with the American people and will never, ever, ever quit,” he said.

On Monday, President Biden said a “federal solution” is not the key to combating the COVID-19 pandemic, which he said requires resolution at the “state level.” Biden pointed to long lines at testing locations over Christmas weekend, lamenting, “Seeing how tough it was for some folks to get a test this weekend shows that we have more work to do.”

Biden’s change in tone was not lost on co-hosts of “The Five.”

“Back when he was a candidate, Biden promised to shut down the virus. Then, once he was president, he bashed GOP governors for not doing enough,” Rachel Campos-Duffy said. “The president is singing a much different tune, saying there’s not really much [the federal government] can do.”

“It feels like maybe somebody just played Joe Biden’s words for Joe Biden, and he listened,” Joey Jones said.

Campos-Duffy also noted that Biden was remaining on vacation amid the holiday season omicron surge.

“Joe Biden is giving up and going to the beach,” she said. “The president has no events today and instead is in Delaware for a holiday getaway, while omicron spikes all across the country.” 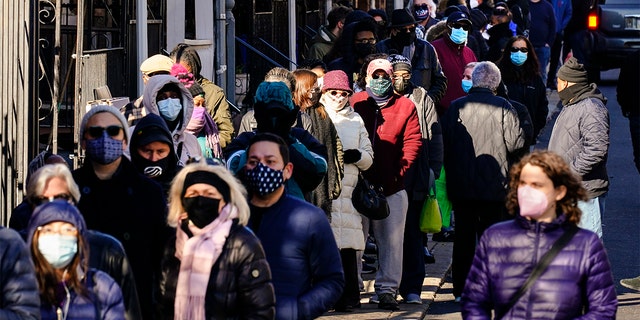 Furthermore, during the campaign, Biden also slammed the Trump administration for failing to ramp up testing availability. “The [Trump] administration’s failure on testing is colossal. It’s a failure of planning, leadership, and execution,” he said as a presidential candidate.

Biden’s words have come back to haunt him amid COVID test shortages and omicron’s surge.

“People all across the country still don’t have access to COVID tests, and they’re stuck waiting hours in line when maybe it didn’t have to be this way,” Campos-Duffy said. 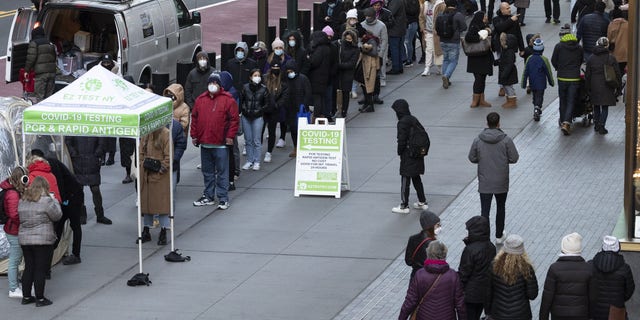 A line outside a Covid-19 mobile testing site in the Midtown neighborhood of New York, U.S., on Sunday, Dec. 19, 2021.
(Angus Mordant/Bloomberg via Getty Images)

Last week, Biden said he regretted that the idea to put millions of tests into circulation had not come to him sooner. However, according to a Vanity Fair report, the president rejected a proposal in October that would have circulated free rapid antigen tests for the holiday season when spikes were expected to surge, as well as other overhauls to boost testing availability for Americans. Biden has denied the Vanity Fair report.

Still, one co-host of “The Five” saw a silver lining in President Biden’s reversal on the federal government’s role in fighting COVID-19.

“The only thing that is refreshing is that the president finally did throw his hands up and said, ‘We dropped the ball. There’s nothing we can do on the federal level. It’s up, it’s up to the governors and state.’ … We’ve heard nothing but nonsense coming out of the federal government under this administration since they came in,” Tyrus said.