Michael Van Der Veen, attorney for former President Trump, shows video of Democratic politicians using fighting language in the past to make a point that Trump’s words before the Jan. 6 Capitol riot were no different.

Impeachment proceedings against former President Donald Trump neared their conclusion Friday as his lawyers delivered their closing arguments in his defense.

The fourth day of the trial also featured a question-and-answer segment, where Senate lawmakers were permitted to ask both legal teams for clarification on facts relevant to the case. A Senate vote on whether to convict Trump on a single count of incitement of insurrection could happen as early as Saturday.

Here are seven key moments that occurred during the final day of arguments.

Trump attorney David Schoen openly accused House impeachment managers of doctoring evidence displayed during the trial. The Trump team argued that clips from the former president’s Jan. 6, including his call for supporters to “fight like hell,” were edited to remove context.

“You get more due process than this when you fight a parking ticket,” Schoen said at one point in the proceedings. 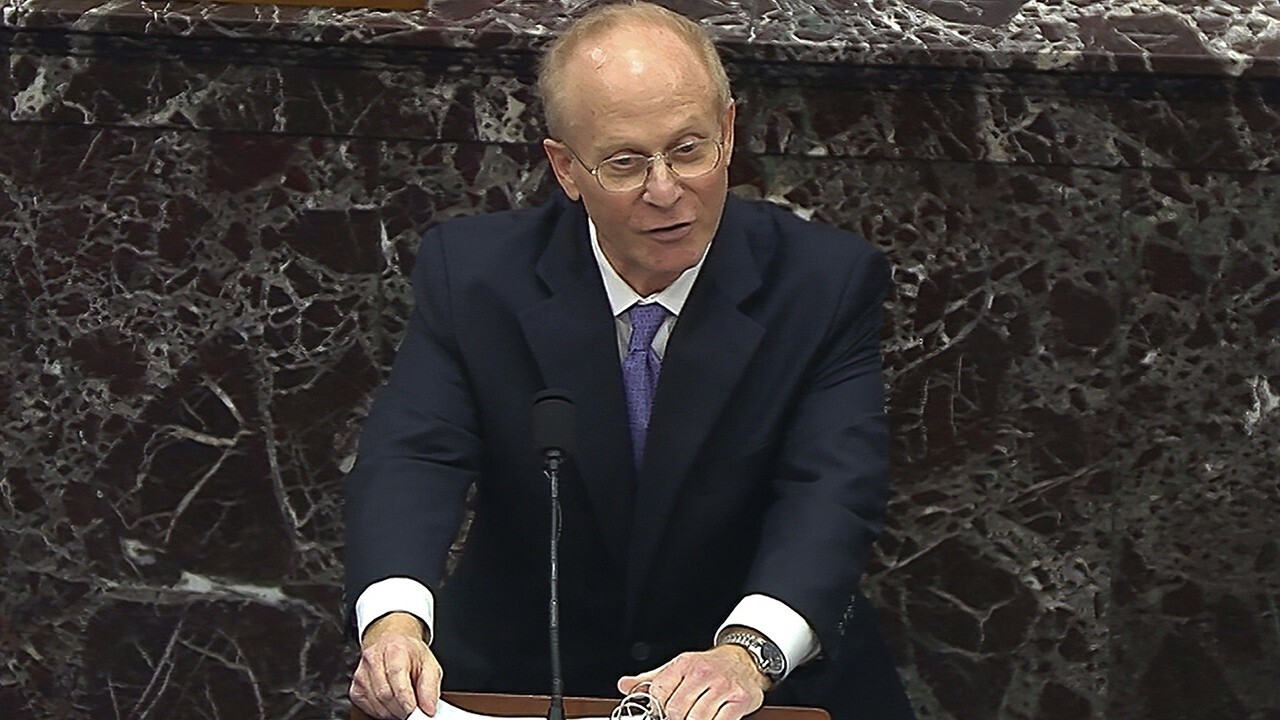 Earlier in the week, House impeachment managers frequently referenced Trump’s use of the phrase “fight like hell” as evidence that he had called on supporters to take violent action against the Capitol. In response, Trump’s defense team repeatedly played a video montage of Democratic lawmakers using the word “fight” in speeches, among other instances of aggressive rhetoric. Attorneys also showed clips of Democrats praising protests in US cities last year.

“It’s okay. You didn’t do anything wrong. It’s a word people use. But please stop the hypocrisy,” Schoen said.

TRUMP’S IMPEACHMENT DEFENSE RESTS AFTER THREE HOURS: ‘THERE WAS NO INSURRECTION’

The montage drew exasperated reactions from Senate Democrats. Sen. Kristen Gillibrand of New York laughed and others laughed when they appeared in the montage, while Sen. Alex Padilla of California was seen passing a note to Sen. Elizabeth Warren.

Castor delivered the Trump defense team’s final arguments before the trial proceeded to its question-and-answer phase. He took issue with the impeachment charge of “incitement of insurrection,” arguing House Democrats misused the word, which denotes a hostile takeover of a country.

The Trump attorney accused Democrats of pursuing impeachment for political reasons, specifically a desire to keep the former president from running for office again. He argued that House impeachment managers cited clips from Trump’s Jan. 6 speech and phone call with Georgia Secretary of State Brad Raffensperger without providing proper context.

At one point in the roughly hour-long presentation, Castor played a clip from the speech in which Trump called on his supporters to “peacefully and patriotically make your voices heard.” A second video montage showed lawmakers and media members reacting to news that the FBI had forewarned local law enforcement of a potential threat to the Capitol prior to Jan. 6.

“All of these facts make clear the Jan. 6 speech did not cause the riots,” Castor said. 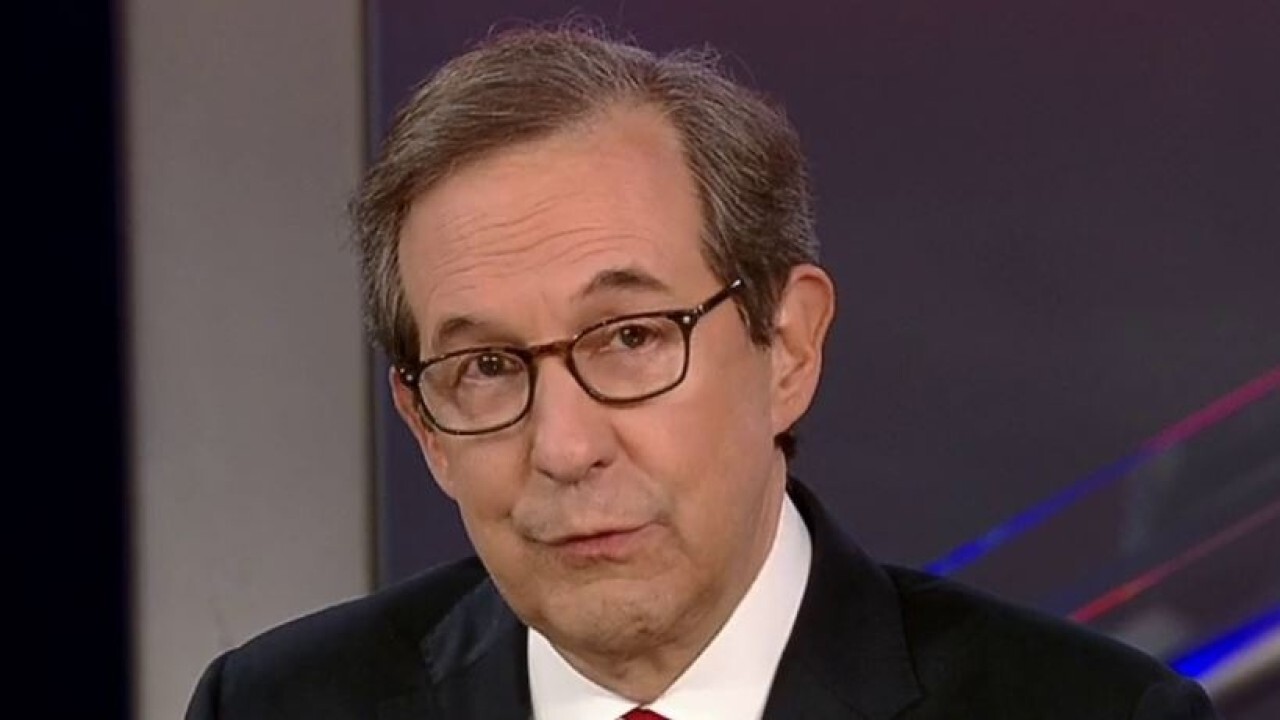 Plaskett, who is Black, suggested the Trump defense team included a disproportionate number of clips of Black lawmakers in their video montage of Democrats using the phrase “fight” in political contexts.  The montage included clips of Vice President Kamala Harris and Rep. Maxine Waters.

Trump attorneys sought to equate past quotes from Democratic lawmakers with those of President Trump, who told supporters to “fight like hell” in a Jan. 6 speech that preceded the riot.

“The defense counsels put out a lot of videos in their defense, playing clip after clip of Black women talking about fighting for a cause or an issue or a policy,” Plaskett said. “It was not lost on me — so many of them were people of color and women. Black women, Black women like myself who are sick and tired of being sick and tired for our children.”

“I thought we were past that. I think maybe we’re not,” Plaskett added.

Legal teams asked when Trump first learned of Capitol breach, what he did to stop it

Republican Sens. Lisa Murkowski and Susan Collins first posed the question to Trump’s defense team. In response, the former president’s attorneys shifted the focus to impeachment managers, arguing they did “zero investigation” to establish when Trump and others in leadership first learned about the Capitol breach and the internal steps taken to stop it.

Minutes later, Sen. Ed Markey asked the House impeachment managers to answer the same question. Del. Plaskett stepped up to the podium and accused Trump of “dereliction of duty” for not immediately calling on rioters to stop what they were doing. Plaskett noted that police officers were still clashing with protestors hours after the Capitol was first breached.

“Why did he not condemn the violent insurrection on Jan. 6? … The reason this question keeps coming up is because the answer is nothing,” Plaskett said.

In a question to both legal teams, Sen. Marco Rubio argued the Trump impeachment established a “new precedent” allowing the impeachment of a former officeholder. He asked both teams if other former federal officials, such as former Secretary of State Hillary Clinton, could be put on trial under that precedent, convicted and disqualified from running for office.

“Is it not true that under this new precedent, a future House, facing partisan pressure to ‘lock her up,’ could impeach a former secretary of state and a future Senate be forced to put her on trial and potentially disqualify her from any future office?” Rubio asked.

In response, Rep. Raskin said the “jurisdictional issue is over” and Rubio’s hypothetical “has no bearing” on the proceedings.

Trump attorney Michael Van Der Veen said that other officials could, in fact, be impeached. He described the hypothetical as a “slippery slope” for politicians.

“If you do this the way they want it done, that could happen to, the example there, a former secretary of state,” he said. “That’s not the way this is supposed to work.”

Lawmakers commended Goodman, who was in the chamber at the time, for his heroic actions helping them to safety during the Capitol riot. The Senate concluded the day’s proceedings by unanimously passing a bill to award Goodman the Congressional Gold Medal.

The impeachment trial was adjourned until 10 a.m. ET on Saturday.