These delivery workers are risking their health for their paychecks

(CNN Business)A federal lawsuit alleges that New York State has refused to pay or has delayed the payment of unemployment benefits to drivers for for-hire-vehicle apps like Uber and Lyft for two months.

“The (Department of Labor’s) failure to do so in the midst of the COVID-19 pandemic, when the difference between receiving [unemployment insurance] benefits in two weeks rather than two months can determine whether an unemployed New Yorker can put food on the table, is devastating to thousands of drivers and their families, the overwhelming majority of whom are immigrants,” the complaint reads.
The complaint cites previous legal decisions that determined drivers for rideshare apps to be “employees” as opposed to “independent contractors” in the eyes of the law. Independent contractors have to prove their earnings and employment status. While a 2018 Unemployment Insurance Appeal Board determined that app-based drivers are employees under law, there is still a case related to this issue pending in an Upstate appeals court. 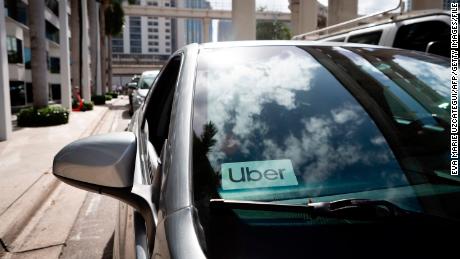 The drivers’ complaint also alleges that, even though some drivers did submit their earnings information to the Department of Labor, they were told they would be awarded $0 in unemployment benefits.
The lawsuit, filed Monday in Eastern District of New York, was brought forth by four drivers and the New York Taxi Workers Alliance against New York Governor Andrew Cuomo, the state’s Department of Labor and its commissioner.

Cuomo’s office said that app-based workers in the state are receiving unemployment benefits through Pandemic Unemployment Assistance but did not specify how many drivers had received benefits. A spokesman for the office said the administration is working with all parties to make sure it has the necessary information to deliver benefits as quickly as possible.
“During this pandemic emergency, we have been moving heaven and earth to get every single unemployed New Yorker their benefits as quickly as possible — including Uber and Lyft drivers who are treated no different than any other worker and, during this crisis, are receiving unemployment benefits through the Pandemic Unemployment Assistance program quicker than most other states,” spokesman Jack Sterne said. “New York launched our Pandemic Unemployment Assistance application weeks before other states, and we are now processing more than 100,000 PUA applications per week.”
Sterne said the state has been able to give over $10 billion in benefits to 2 million unemployed New Yorkers since April.
Part of the problem, the suit claims, is that the Department of Labor has failed to compel the app-based for-hire-vehicle companies to share the wage data for drivers. 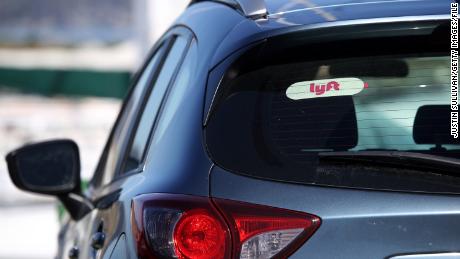 A spokesperson for Uber said the company has shared data with New York state that has been requested, and a spokeswoman for Lyft said the company is fully prepared to give earnings information about drivers to the state’s Department of Labor.
“The special interests behind this lawsuit aren’t interested in what’s best for drivers, since filing this lawsuit will do nothing to help them get assistance quickly,” said Lyft spokeswoman Julie Wood. “We are working collaboratively with DOL to provide them access to earnings data and are doing everything we can to help drivers get the assistance they deserve.”

Uber did not have comment on the suit. Uber and Lyft are not among the parties being sued.
The plaintiffs are asking for a judge to order New York State to stop classifying app-based drivers as independent contractors, stop issuing “incorrect” $0 monetary benefit decisions to drivers, compel companies including Uber and Lyft to share drivers’ earning data with the Department of Labor, and immediately issue unemployment benefits to the drivers who have filed claims.
Source: Read Full Article