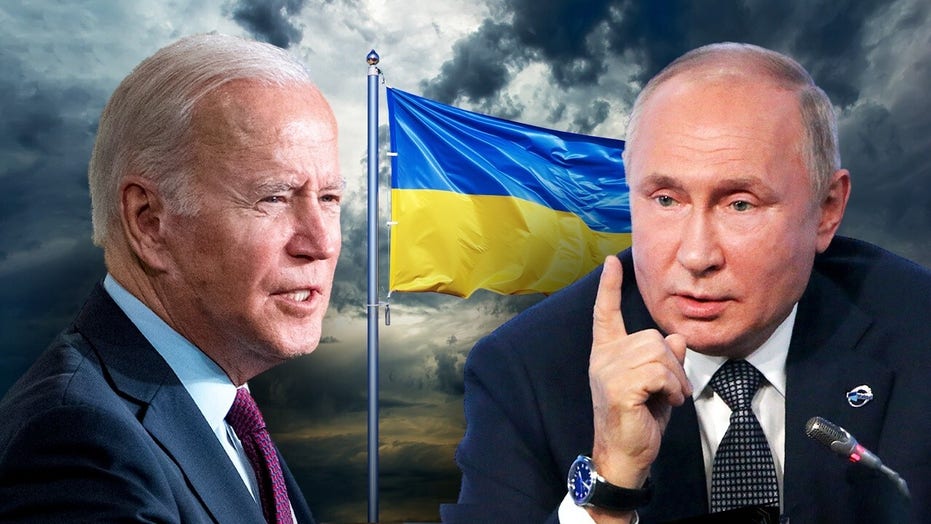 Republican lawmaker argues the U.S. must turn the Ukraine war into a ‘long slog’ for Vladimir Putin.

TIME was mum on Friday when asked if it stands by its June 2021 issue depicting President Biden as ready to take on Vladimir Putin and “qualified” to ease tenses following the Russian president’s invasion of Ukraine.

Last year, TIME was widely mocked ahead of Biden’s summit with Putin once the magazine’s cover image of a sunglasses-wearing president was revealed. The over-the-top, flattering image of the Democratic president featured Biden in his signature aviator shades with the headline, “Taking on Putin.” 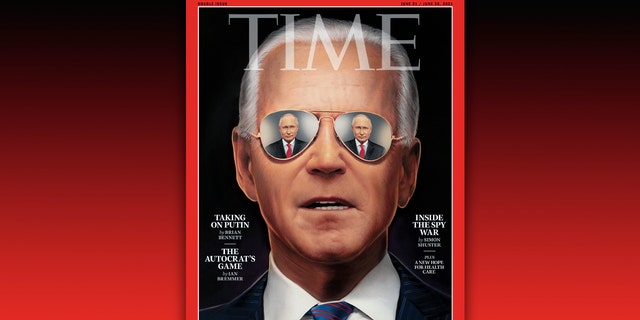 TIME was widely mocked when the magazine unveiled its cover image ahead of the 2021 summit between a sunglasses-wearing President Biden and Russian President Vladimir Putin.

The flattering Biden cover came after years of TIME publishing unflattering illustrations of former President Donald Trump, complete with a pair of covers showing his “meltdown” stages and another set of covers showing Trump’s Oval Office filling up with water amid a “stormy” situation. The magazine even morphed Trump and Putin together ahead of their summit back in 2018.

But things were much different with Biden in office.

The rock star-like cover image accompanied an article headlined, “How Biden Plans to Get Tough On Vladimir Putin in Their Geneva Summit,” which fawned over Biden’s

“Taking a page from America’s successful decades-long strategy against the Soviet Union, Biden is planning to rally allies at the G-7 summit in the U.K. and at the NATO confab in Belgium to present a united front against Moscow,” TIME reporter Brian Bennett wrote.

“Biden is preparing to get tough when he sits down in Geneva with Putin for the first time as President. Among the moves he and his team have weighed to show he means business: reminding Putin that the U.S. has its own cyberabilities and can target Putin’s personal overseas fortunes. Biden hopes to amplify both threats by speaking for U.S. allies as well, and to back Putin down from these provocations,” Bennett continued. “Biden’s mission in Geneva is not about a personal test of wills. It’s about halting this risky escalation and getting the U.S. and Russia back on stable footing, Administration officials say.”

The TIME cover story then explained Biden’s role in the 2011 “reset” of the United States’ relationship with Russia.

“Since then, Russia has annexed Crimea, poisoned dissidents with chemical weapons, expanded a proxy war in Syria, meddled in two U.S. elections and stepped up its cyberoffensives. Diplomatic and consular channels between the countries have withered,” TIME wrote, noting that Biden hoped to “ease tensions” with Russia.

“Biden is qualified to lead the approach. He’s spent decades in debates on U.S.-Russian relations as a member of the Senate Foreign Relations Committee and as VP,” Bennett wrote.

TIME did not respond to multiple requests for comment.

Merely eight months later, Putin ordered Russia’s all-out invasion of Ukraine. He also called on Ukraine’s army to remove its leadership, which he referred to as a “‘gang of drug addicts and neo-Nazis.”

“Take power into your own hands. It’s easier for us to come to an agreement with you than with a band of drug addicted and neo-Nazis,” Putin said.

The magazine’s latest cover is a far cry from the notoriously pleasing Biden illustration, as it shows a tank ready for war with the headline, “The Return of History: How Putin shattered Europe’s dreams.”