The Arkansas senator says the Secretary of Transportation couldn’t ‘organize a one car funeral.’

FIRST ON FOX – A Department of Transportation employee training informed staffers that non-White people, women and non-citizens are “oppressed” in the U.S., according to training documents reviewed by Fox News.

Training materials obtained in a Freedom of Information Act request show DOT employees are encouraged to turn the government agency into an “anti-racist multicultural organization,” and are given charts that track and help quantify their status as “agents” of “privileged groups” or “targets” within “oppressed groups.” 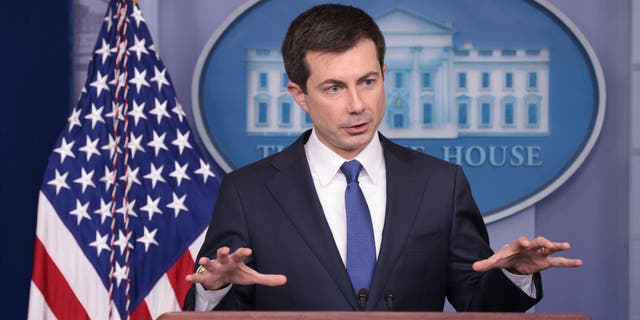 U.S. Secretary of Transportation Pete Buttigieg speaks during the daily briefing at the White House on Nov. 8, 2021 in Washington, D.C. (Photo by Win McNamee/Getty Images)

BUTTIGIEG RESPONDS TO CRITICISM OVER RACIST ROADS COMMENT: ‘THE POINT IS NOT TO MAKE AMERICA FEEL GUILTY’ 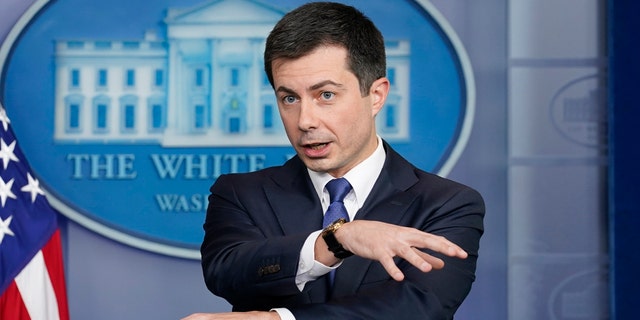 Buttigieg speaks during the daily briefing at the White House in Washington, Nov. 8, 2021.
(AP Photo/Susan Walsh)

The DOT is currently headed by former presidential candidate and current Secretary of Transportation Pete Buttigieg, who was confirmed early in President Biden’s term.

The training goes on to explain the concepts of “individual racism,” “institutional racism” and “structural racism.” Charts and a continuum are provided, giving examples of oppressors and oppression — including “non-citizens” oppressed by “citizens” via “nationalism.” 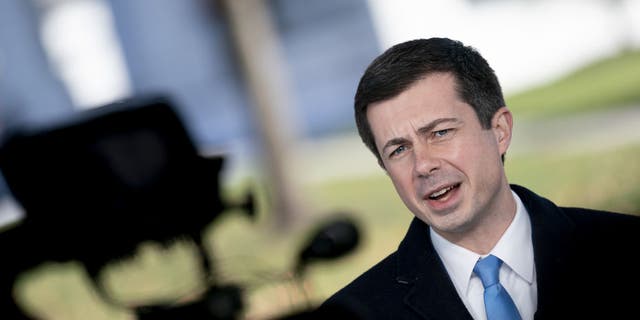 Buttigieg speaks during a television interview outside the White House in Washington, D.C., on Monday, Nov. 15, 2021.
(Stefani Reynolds/Bloomberg via Getty Images)

The DOT training also warns that simply choosing not to be racist or prejudiced is not enough, saying, “Attempting to suppress or deny biased thoughts can actually increase bias action rather than eradicate it.”

The session took place on May 3 of this year, according to dates listed on the documents.