Trump Says Prince Harry and Meghan Markle Must Pay For Their Own U.S. Security

Before anyone asks, President Donald Trump said he has no plans to foot the security bill for Prince Harry and Meghan Markle should they move permanently to the U.S.

Trump made that much clear in a tweet he fired off Sunday that acknowledged unconfirmed reports that the Duke and Duchess of Sussex have moved from Canada to Los Angeles, as Markle’s post-Royal film work takes off.

Trump expressed great admiration for Queen Elizabeth and the United Kingdom in his tweet but insisted that if her grandson indeed stays in the U.S., “They must pay!”

It wasn’t immediately clear why Trump made such a public announcement.

A spokesperson for the Sussexes, reached by The Daily Mail, said the couple had no plans to ask the U.S. for security assistance and assured that “privately funded security arrangements have been made.”

Since the couple announced that they were relinquishing their royal family roles, the question of how they would personally pay for their security has been a popular subject of discussion, however. 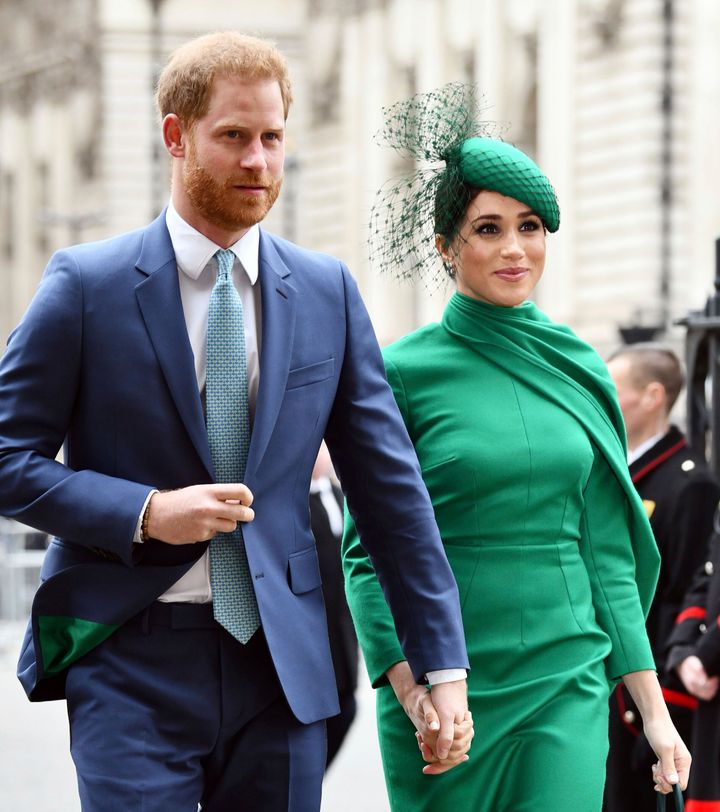 When they first moved to Canada, they were recognized as Internationally Protected Persons, meaning the government would provide them with security assistance “on an as-needed basis,” Canada’s Public Safety Minister Bill Blair’s office said at the time. But because the couple’s royal status ends on March 31, the Canadian government said it would no longer be paying for it.

Perhaps the bigger question is if the couple indeed plans to stay in California. The reports, which have not been substantiated by the couple or royal family, closely follow news that Markle, whose mother lives in Los Angeles, will be narrating a movie for Disney. Their reported move also came just as the U.S. and Canada closed their borders to nonessential travel due to the coronavirus pandemic.