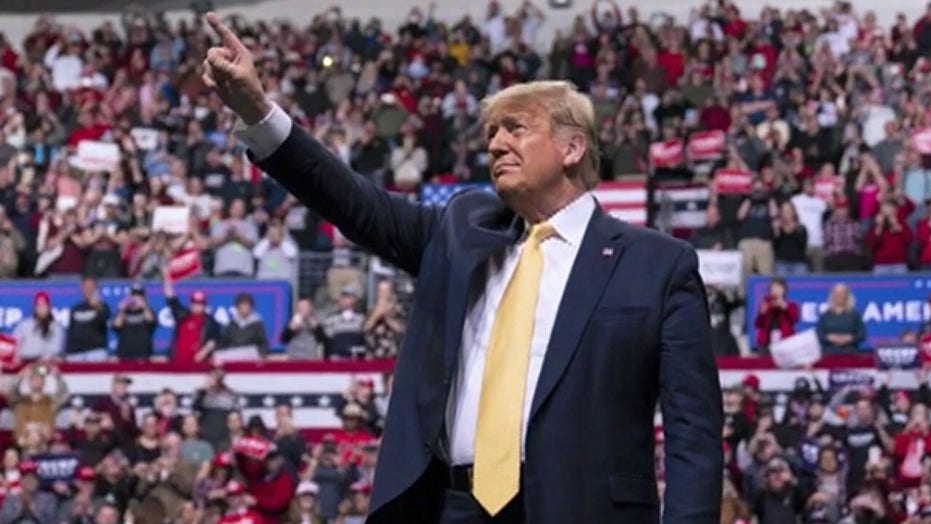 Alyssa Farah: Trump’s recovery from coronavirus has truly been ‘miraculous’

President Trump added Pennsylvania and Iowa to his campaign schedule next week, stepping up travel plans despite his recent bout with coronavirus.

Trump will hold nighttime rallies in Johnstown, Penn., on Tuesday and Des Moines, Iowa, on Wednesday to shore up support in the battleground states before the Nov. 3 election, his campaign announced Saturday.

That's on top of a previously announced stop in Sanford, Fla., on Monday and a law and order event Saturday at the White House – his first public event since leaving the hospital.

Meanwhile, Joe Biden and his campaign called Trump's conduct since he was diagnosed with coronavirus "reckless." They accused him of putting those around him needlessly at risk.

"His reckless personal conduct since his diagnosis, the destabilizing effect it's having on our government, is unconscionable," Biden said Friday.

The White House has not yet released when Trump's last negative COVID-19 was or evidence that he is no longer contagious.

But there hasn't been information from Trump's doctor's since, such as a note clearing him for travel or details on his health.

Trump this week, said he's feeling good and is off medication. Trump received cutting-edge treatments that are not widely available to Americans.

In his first TV interview from the White House since announcing he contracted coronavirus Oct. 2, Trump told Dr. Marc Siegel on "Tucker Carlson Tonight" that he was “medication-free” as of Friday and feeling "really, really strong."

Trump said he was tested for coronavirus on Friday and did not know the exact results, but he was “either the bottom of the scale or free” of the virus. He expected to be tested again Saturday.

The president added that he would donate plasma to help other patients if asked.