VC firms are launching SPACs, raising billions of dollars to potentially buy startups they're invested in

These days, more venture capital firms are either forming their own special purpose acquisition companies, or SPACs, or having internal conversations about doing so. A SPAC would let them launch a startup onto the public markets, even one from their own portfolios.

Peter Hébert, a founding partner at Lux Capital, whose SPAC started trading on the stock market last fall, said he’s had at least 60 phone calls with venture capitalists who are asking if they should jump on the trend.

Lightspeed Venture Partners is among the SPAC-curious, according to Barry Eggers, a founding partner.

“We’re investigating,” Eggers said earlier this month when asked if the firm was considering such a move. “I’d say we’re in the early stages of understanding the opportunity — how a vehicle fits in with our set of products.”

So far this month, Khosla Ventures and Lerer Hippeau dropped regulatory paperwork to create five SPACS between them. The filings follow a rash of venture firms making the same play, including SoftBank, FirstMark Capital, General Catalyst, G Squared, and, the first, Ribbit Capital, a fintech-focused firm with some big exits in the works.

All together, those seven venture firms have closed on or plan to raise $3.9 billion across 13 SPACs, according to regulatory filings.

They’re part of an onslaught of SPACs, also known as blank-check companies. The number of SPACs in 2020 quintupled over 2019, according to the website SPAC Research, and the pace has escalated again in 2021 with 166 of them already launched, compared to 248 in 2020. That’s nearly five SPACs per business day so far this year.

Today, most blank-check companies are formed by private equity firms and individual investors who sell shares on the public markets, typically for $10. That money sits in a trust while the so-called sponsor looks for a company to buy.

After they find the company and merge with it, the acquired company starts trading shares as the publicly traded firm, effectively going public and, often, raising money or cashing out investors in the process.

There are blank-check firms that target a specific industry, while others are generalists; but they are required by the Securities and Exchange Commission not to pick a company to acquire before they raise funds from investors.

For some venture firms, they need not look very far. 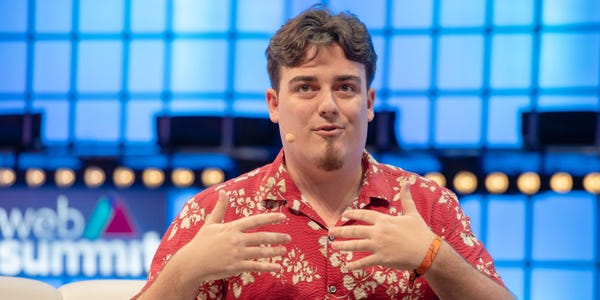 Shopping for acquisitions in their own portfolios

An increasing number of venture firms are saying that they may use the funds to buy a company they’re already invested in, according to regulatory filings.

The idea is to triple-down on a good investment, according to Hébert, the Lux managing partner.

“Our objective is to make a long-term investment in an extraordinary company that we hope to hold — to see that capital multiply and compound — for many years to come,” he said.

The firm, an early investor in Anduril and Relativity Space, says it will look in and out of its portfolio for acquisitions.

It’s not illegal for a venture firm, or any sponsor, to buy a business where the sponsor has a financial interest, but it is “unusual,” said Michael Klausner, a professor of corporate law and governance at Stanford Law School.

The transaction could raise a conflict of interest, so the sponsor would have to take steps to “ensure the interested party does not influence the terms of the transaction,” said Klausner, whose recent research focuses on SPACs.

For Lux, that means filling the SPAC’s board with independent directors. Hébert is the only Lux partner on the board.

A firm’s crop of high-quality, mature private companies is part of the pitch they make to public investors, who buy shares before they know what the funds will be used to buy.

In a prospectus for its newly public blank-check company, SoftBank said it could source opportunities from a global portfolio of more than 100 growth-stage companies.

SoftBank also said if it decides to buy a company that it’s invested in, it will hire an independent investment bank to recommend a valuation for the private company, to make sure neither company gets an unfair advantage in the transaction.

Today, most other venture firms with SPACs make the same assurances in their regulatory paperwork. 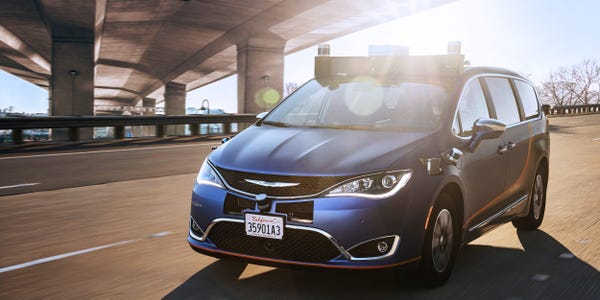 The regulatory gymnastics may be too much for some. At the TechCrunch Disrupt conference last fall, Sequoia partner Roelof Botha said the firm looked into forming a blank-check company but he didn’t think it made sense for them.

Still, Eggers, the Lightspeed partner who is also board chair of the National Venture Capital Association, a trade group for investors, says more venture firms are exploring blank-check companies as part of their menu of fund products.

Lightspeed is known for making very large investments in late-stage companies relative to other venture firms, according to deals database PitchBook. In recent years it’s led or co-led nine-figure deals for startups like Faire, Cato Networks, and Netskope, to name a few, and the firm was one of the biggest shareholders in Affirm before it went public in January.

Eggers wouldn’t comment directly when asked if Lightspeed would consider buying one of its own portfolio companies. Instead, he said, “It’s more about finding some great companies that are at the stage where they’d like to go public but maybe they can’t go public yet — or they’re not quite ready — or they’re a longer-term story.”

Here are 13 of the SPACs formed by venture capital firms:

Are you a venture capital insider with insight to share? Contact Melia Russell via email at [email protected] or on Signal at (603) 913-3085. Open DMs on Twitter @meliarobin.