Washington Post mocked for ‘social justice for toddlers’ guide: ‘This is propaganda’ 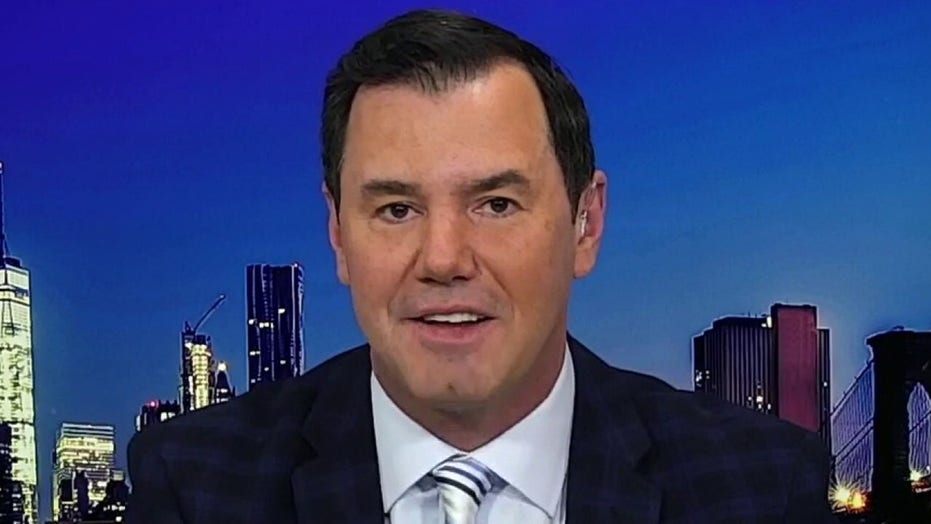 Fox News contributor Joe Concha rips the Washington Post for saying Trump did not tell a Georgia ballot investigator to ‘find the fraud’ or that she would be a ‘national hero’ if she did.

The Washington Post was lampooned this week for publishing a “social justice guide for toddlers” that aims to push elements of the Black Lives Matter and #MeToo movements onto children as young as three months old.

“Parents: Do you want your three year-old to be a joyless social justice drone by the time he/she/they hits kindergarten? Would you like little Pat to be the puritanical scold of the playground, sucking the fun, life and variety out of every grammar school interaction? Your pals at the Washington Post have a round-up of woke books and programs for toddlers — everything you need to ensure your child will never be burdened with excess popularity,” Media Research Center managing editor Matt Philbin wrote. “Really.”

Philbin eviscerated a Post piece by Natalie Jesionka last week headlined, “Social justice for toddlers: These new books and programs start the conversation early.” Jesionka wrote “experts say it’s never too early, and a new wave of tools and resources can help start the conversation,” but Philbin didn’t agree with the notion.

“And what tools! Anti-racism flash cards, intersectionality books, a music class ‘that develops understanding of gender and personhood.’ Wouldn’t you like to tuck in the little one with a soothing reading of ‘Antiracist Baby’ or ‘Woke Baby?’ Best of all, Jesionka says ‘A drag queen story time will soon be a television show,’” Philbin wrote.

The Washington Post was lampooned this week for publishing a "social justice guide for toddlers." (Eric BARADAT / AFP)

“And those ‘experts’ urging you to politicize your infant? Jesionka talks to a woman who sells ‘a curated box of toys, books and curricula that aims to dismantle bias for kids as young as 2 years old.’ (Take that Genderless Potato Head!),” Philbin continued. “She consults others who say ‘that children develop implicit bias as early as 3 months old, and at 4 years old are categorizing and developing stereotypes.’”

Indeed, the Post article touted music classes, flashcards and a variety of books that “discuss intersectionality and broaden representation” along with “short videos that teach parent and toddler about anti-racism ideas.” The feature also included feedback from a Canadian woman who founded a company that aims to stomp out bias among toddlers, a psychology professors who study race and social interaction and the owner of a children’s bookstore that “aligns with her mission of promoting Black women authors, women’s activism and women artists.”

The Post also spoke with “performance artists” with a goal to “increase exposure to drag, support gender-variant children and create an inclusive space where everyone feels welcome” and a variety of other experts on the subject.

“Teaching kids to be neoracists. Note how the assumption in this story is that this is a self-evident good. Not a single source suggesting this has critics,” journalist Andrew Sullivan wrote. “Not a one. This is propaganda.”