A fierce bidding war breaks out in the Dragons Den

Dhruvin Patel entered the Den last year seeking £75,000 for 15 percent in his company Ocushield. The 29-year-old launched Ocushield while at university in 2015 to combat the effects of harmful blue light emitted from the devices people use every day.

His medically rated screen protector – the first of its kind in the world – fits smartphones, tablets and computer screens to prevent headaches, blurred vision, fatigue and dry eyes.

Whilst in the Den, he secured £75,000 worth of investment from Dragons’ Peter Jones and Tej Lalvani for a combined 15 percent of the business.

But during the six-month period after filming and before agreements could be signed, the business produced £750,000 in sales.

The Dragons’ failed to negotiate a new investment reflecting the increased value of the company, so Dhruvin boldly walked away. 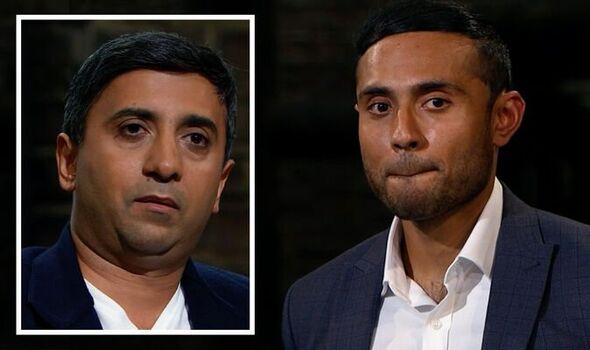 But his gamble paid off as Dhruvin secured private investment worth 1,000 percent more.

His tech firm is now worth a mind blowing £6million.

With hindsight, the decision to walk away could seem savvy as Ocushield has since acquired almost £1million in investment for a smaller stake in the company.

“We realised we were giving Peter and Tej too much of a good deal, but the Dragons couldn’t negotiate outside of the Den to make the deal more palatable,” he explained.

Dhruvin continued: “After appearing on the show, our brand and revenue went up and up.

“The business had growth five times in the period of negotiations, so for us as a business, we had to say no.

“While it was a shame we couldn’t have them involved, we’re sure Tej and Peter would have made the same savvy moves in our positions as budding business titans, so there’s definitely no hard feelings,” he told The Sun.

Dhruvin and his business partner Asad have since secured £910,000 in funding from elsewhere after demand for Ocushield products soared during the pandemic as screen time shot up. 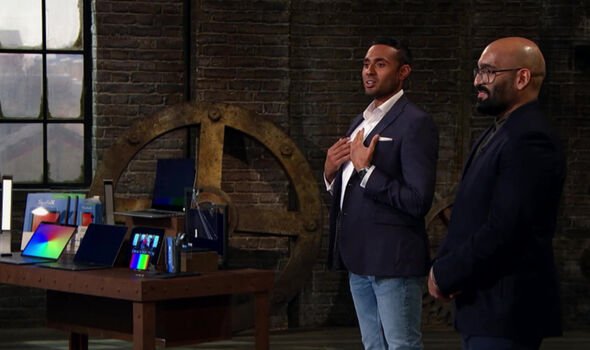 “By securing investment like we have now, it means we can further support eyes to thrive.”

Ocushield’s technology – from screen protectors to bedside lamps, and even glasses – blocks up to 90 percent of blue light wavelengths.

The company donates £1 from every web purchase to Guide Dogs UK.

The company’s ‘manifesto’ reads: “Your eyes are everything.

“When your eyes are healthy, you sleep better, you feel better, you get more done. By taking care of your eyes, you take care of so much more.

“And they need taking care of. Because with so many backlit screens and digital devices, we put our eyes under far more strain than we ever used to. On their own, they can’t keep up.”

With Dragons’ Den recently coming to a close for another series, it is interesting to look at previous pitches that have received investment, and one’s that have not.

Despite not leaving with any investment, many entrepreneurs have gone on to do great things with their products.

For example, Tangle Teezer, a hairbrush company, is now worth £200million. Rob’s rejection has also been one of the biggest success stories in the show’s history.

Dragons’ Den is available to watch on BBC iPlayer.