I HAD a crash this week. Nothing major, it was on my motorbike and my own stupid fault.

At 7am on a freezing morning, I went to pull away and must have given it too many revs. 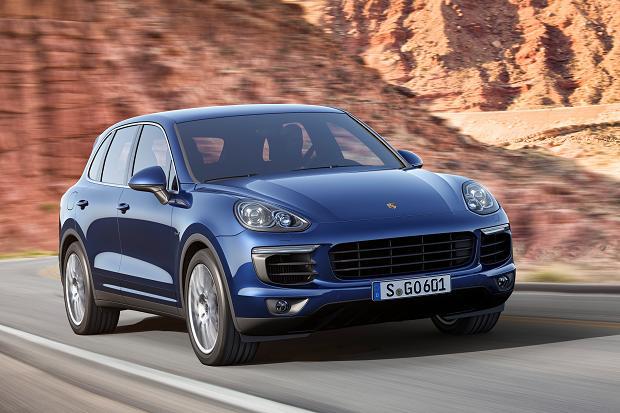 Some idiot was coming up my 30mph road at about 60 and I was fixated on him, not the road beneath me.

The -1C temperature meant the tires had about as much grip as raw haddock and I hit a patch of mulchy leaves I hadn't spotted.

Bang, back wheel span up, bike twisted beneath me, and suddenly the world was upside down.

All things considered, it was about as good as a crash can be, especially on a bike. No other drivers involved and I was going slowly.

And another good thing came from it — it made me appreciate this week's car in a whole new light.

When you are reviewing a diesel turbo Porsche Cayenne the temptation is to talk about how stunningly fast it is for its huge size, how it's as luxurious as a five-star hotel on the inside …

But you know what I now love most about it? It's so goddamn safe.

I smashed my head pretty hard on the road and the bike landed on my ankle and, as I drove to A&E to be checked out, I wouldn't want to have been in anything else.

But what's it like to drive? In a word, superb.

It's hard to believe you're in a diesel when you put the hammer down, the acceleration pushing you back into the seat with pleasing ferocity and the sound of the V8 twin turbo coming alive.

And that's the only noise you have to listen to, as the car is so well designed it is as quiet as a mouse, even at high speeds on the motorway. This is a car which will do 0-60 in just over five seconds — that's crazy fast considering it weighs more than two tons.

Adding to the serenity of the cockpit is a beautiful full leather interior, a control centre to your left which looks like it could launch a satellite, and a typically high-spec entertainment system for a German car.

This is one of those motors you never want to get out of. It's got enough room for a five-a-side team, two sets of goalposts and all the half-time oranges you can eat.

The high ride position makes you feel like king of the road — the stark opposite of a motorbike — and you feel invincible. Which is exactly what I needed at the time.

When you work in motoring journalism, you are often asked what car you would buy if you had the money and could choose just one.

There are a few contenders, but the Cayenne is very close to the top of the list.

By the time I arrived at the hospital I had forgotten the shock of my crash.

So I turned around and went home for a cup of tea, five sugars.