What role could the National Guard play in 2020 elections and what states have already made plans? 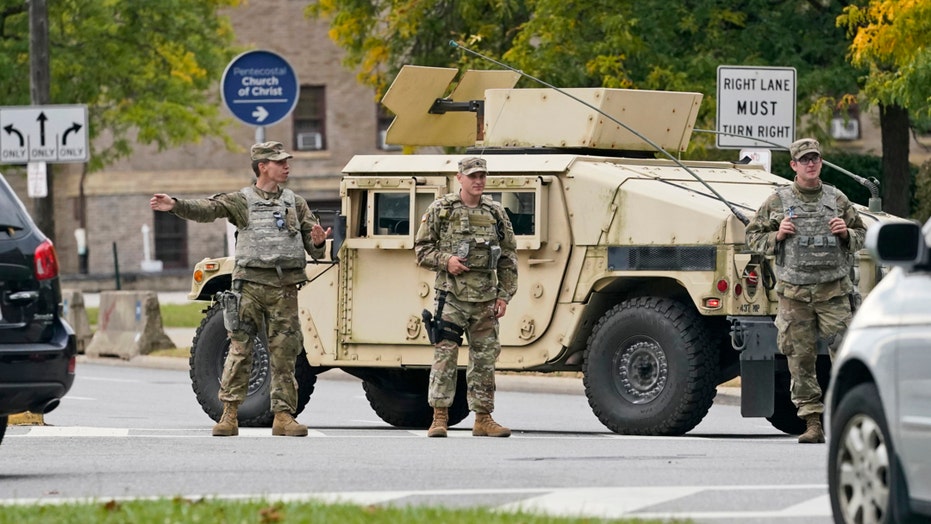 National Guard prepares for protests ahead of Trump-Biden debate

Cleveland businesses board up in anticipation of demonstrations; Mike Tobin has the latest on ‘The Story’

The National Guard is available to offer support in November's elections, provided governors choose to summon them.

At least two states have already made the call to bring the National Guard in for a variety of functions that will be limited in nature.

"In no way will we perform any duty of an election officer,” Kentucky National Guard spokesman Maj. Stephen Martin told McClatchy DC.

Kentucky Gov. Andy Beshear called upon the state's National Guard to help at polling sites this November, with cybersecurity or possibly directing traffic. Martin said they will be in civilian clothing, not in uniform.

Washington state will also have the National Guard helping with cybersecurity at polling sites, and the Ohio National Guard seeks civilians to volunteer with the Ohio Cyber Reserve.

North Carolina, Minnesota and Colorado also have units that assist with cybersecurity, according to NBC News.

There is precedent for calling in the Guard, even in 2020.

According to the American Homefront Project, more than 30 states called on the National Guard during primary season to help with elections. Kentucky, Wisconsin, Colorado and New Jersey were among them. While military under federal control is prohibited from engaging in activities near polling sites, state-controlled National Guard units can play several roles.

National Guard spokesman Army Master Sgt. Michael Houk told McClatchy that members can not only work on cybersecurity in some jurisdictions, but they can also help with "setting up polling stations, sorting ballots, and providing physical security for citizen safety and protection."

The National Guard was activated in more than 20 states earlier this year in response to violent protests over Minneapoli man George Floyd's death. Earlier this week, New York Gov. Andrew Cuomo hinted that he may call the National Guard to restore order in New York City, which is facing surging crime rates in recent months.