Remember when the Supreme Court overturned Roe v. Wade and took away our rights? The consequences are already here. As of July, eight states (Alabama, Arkansas, Mississippi, Missouri, Oklahoma, South Dakota, Texas, and Wisconsin) banned abortion outright, with the majority making no exceptions for instances of rape or incest. Many more states are expected to follow with total abortion bans, while others—Ohio, South Carolina, and Georgia—have already tacked on gestational limits of six weeks, resulting in a de facto abortion ban. Last weekend, Indiana became the first post-Roe state to sign an abortion ban into law. 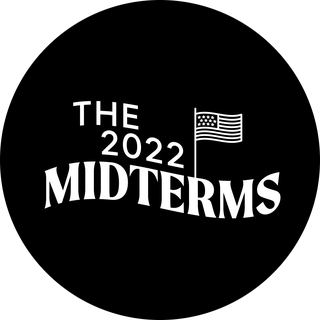 The only silver lining in this whole mess is that the 2022 midterm elections are only a few months away, and we will all have the opportunity to express our outrage and support the reproductive justice movement at the ballot box. The Senate races are especially important this year as Democrats risk losing their narrow hold on a 50-50 majority, and Republicans are fighting hard to tip the scales (they need only one more seat). With Roe overturned, Congress will control and set future nationwide abortion policies—meaning that, yeah, the midterms could have a huge impact on reproductive freedom moving forward. So even if you feel confident that your access to abortion is secure, it’s worth staying informed, supporting pro-abortion-access candidates, voting, and donating to abortion funds.

Abortion is a determining issue in the polls everywhere but especially in the key races of Pennsylvania, North Carolina, Nevada, and Georgia. Here’s a look at how candidates in these battleground states, if elected, plan to influence the country’s legislative stance on abortion. 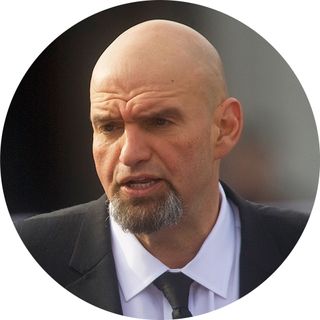 Fetterman supports abortion and wants to enshrine abortion access into federal law by codifying Roe. Fetterman has been endorsed by NARAL Pro-Choice, a national organization lobbying for abortion care, birth control, and paid parental leave. In a July press release, NARAL said, “We know we can count on him to boldly fight for abortion rights and access.” The Planned Parenthood Action Fund has also backed Fetterman in the Senate race.

In a recent statement on Twitter, Fetterman said, “The right to an abortion is nonnegotiable for me. Always has been, always will be. Democrats should be UNITED + ruthless about this.” 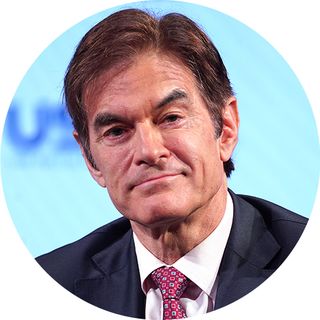 Most famous for his long-standing relationship with The Oprah Winfrey Show, Mehmet Oz, MD, holds a typical conservative line on many key issues (and his campaign has earned the backing of former President Donald Trump). He supports gun ownership, free speech, and law enforcement. Notably, Dr. Oz takes a hard stance on immigration and supports a “secure border with a barrier”—but when it comes to abortion, Dr. Oz’s position is somewhat confusing.

In 2019, Dr. Oz spoke in favor of abortion access, but then in a 2021 interview, he said he was pro-life, only supporting abortion in cases of rape, incest, or when a pregnancy poses a threat to the mother. Recently, there’s been a wave of political messaging from conservatives claiming Dr. Oz is a pro-abortion candidate and will “betray” the Republican cause.

All this chaos aside, his campaign website unequivocally states that Dr. Oz is “100% pro-life.” Planned Parenthood Votes has condemned Dr. Oz, announcing a $3 million messaging campaign against the candidate. In February, Dr. Oz tweeted his relief over a defeated bill meant to protect nationwide abortion access: “I’m glad to see the Senate defeat this legislation. As Pennsylvania’s next senator, I will always fight to protect the innocent and defend the dignity of life.” 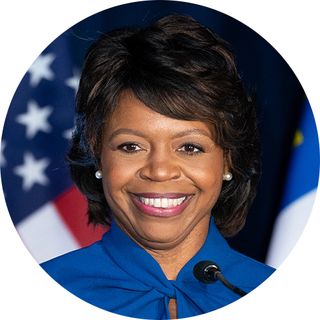 In 2008, Cheri Beasley became the first Black woman to win a statewide office election in North Carolina. An attorney, Beasley later served as the chief justice of the North Carolina Supreme Court from 2019 through 2022, after being appointed associate justice in 2012.

Beasley is running on a platform of housing affordability, federal paid family and medical leave, and criminal justice reforms (including ending some mandatory minimums, ending the cash bail system, and legalizing cannabis).

Beasley is a solid advocate of abortion access and reproductive rights. She supports appealing the Hyde Amendment, the 1976 legislative provision prohibiting use of federal funding (like Medicaid) for abortion services, which has had a particular impact on low-income people as well as Black and brown women. As a supporter of the Women’s Health Protection Act, which would protect abortion access by federal law, Beasley was endorsed by Planned Parenthood Action Fund and NARAL.

In response to NARAL’s endorsement, Beasley affirmed her stance on abortion: “I will fight every day to protect reproductive rights and ensure North Carolinians can get the care they deserve.”

Ted Budd is currently serving his third term in Congress as a representative of North Carolina’s 13th district. Budd was the first nonincumbent endorsed by Trump in the 2022 Republican primary and he also received backing by the conservative PAC Club for Growth’s political arm as well as Texas Senator Ted Cruz, the National Border Patrol Council, and Gun Owners of America. 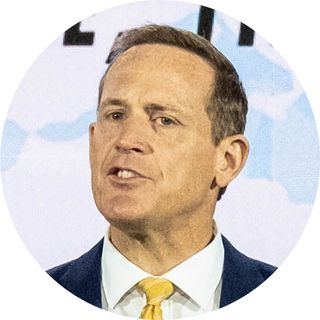 On reproductive rights, Budd is squarely anti-choice, with no exceptions for rape or incest. National Right to Life, the largest anti-choice organization in the country, and Susan B. Anthony’s Pro Life America have both endorsed Budd. His voting record shows much the same: Budd rejected the codification of Roe into law and supported both the Hyde Amendment and the so-called Pain-Capable Unborn Child Protection Act. If elected, Budd promises to prohibit mailed abortion pills and defund Planned Parenthood. 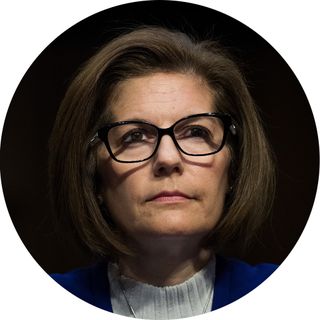 Catherine Cortez Masto served two terms as attorney general of Nevada before making history in 2016 as the first Latina elected to the U.S. Senate. As a senator, Cortez Masto introduced or cosponsored a number of bills including the DREAM Act (which would allow for DACA and TSP recipients to work at congressional offices), the Not Invisible Act and Savanna’s Act (both were signed into law to address the crisis of missing or murdered Indigenous women), as well as the Healthy MOM Act (which expands health insurance coverage for pregnant people).

On abortion, Cortez Masto is firmly pro-choice, having earned endorsements from NARAL and Planned Parenthood Action Fund. She cosponsored the Women’s Health Protection Act to codify Roe and introduced a bill that would protect interstate travel for abortion, both for pregnant people traveling and the health care providers they see for abortion care—but the bill was blocked by GOP lawmakers. In response, Cortez Masto tweeted, “[Senate Republicans] want to allow state legislators to reach across state lines to punish and control women. It’s absolutely outrageous. I won’t stop fighting for women’s freedom.” 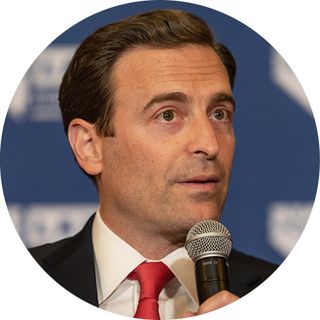 A former attorney general of Nevada, Adam Laxalt comes from a conservative political family; he’s the son of former Senator Pete Domenici and the grandson of former Nevada Governor Paul Laxalt. Adam Laxalt ran for governor in 2018 but lost to Democrat Steve Sisolak before cochairing Trump’s unsuccessful 2020 reelection campaign in Nevada. Both Trump and Laxalt later made false claims of large-scale voter fraud in Nevada.

Laxalt is running on a fairly typical, if aggressive, conservative platform—border security (including a border wall), tough-on-crime law enforcement, voter ID requirements and barring mail-in voting, and an end to COVID-19 mask mandates.

Already facing protests from pro-choice orgs, Laxalt is firmly anti-abortion and considers the overturn of Roe a “historic victory.” His campaign website states, “As senator, Laxalt will stand against taxpayer funding for abortion.” In 1990, Nevada residents voted in a landslide victory to enshrine abortion protections into state law, which means the Nevada Legislature can’t outlaw abortion without a public referendum—but Laxalt hinted he wants to change this, saying, “We are not a pro-life state, and we got work to do on that.”

Reverend Raphael Warnock assumed office in 2021, becoming Georgia’s first Black Senator and the first Black Democratic senator elected by a former Confederate state. Warnock is known for his vocal support of the Affordable Care Act and a pair of voting rights bills, the John Lewis Voting Rights Act and the For the People Act (Warnock calls Georgia “ground zero” for voter suppression and discrimination). 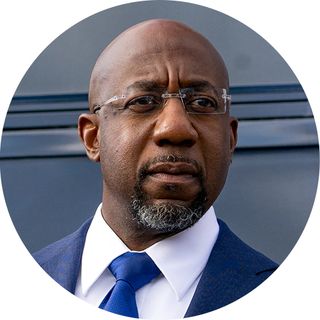 As the progressive candidate in Georgia’s senatorial race, Warnock’s campaign focuses on ending voter suppression, LGBTQ+ rights including protection from discrimination and gender-inclusive policies, immigration reform (supporting DREAMers and ending the use of private prisons for immigrants), forgiving student loan debt, and funding education, in particular for HBCUs and children with disabilities.

With endorsements from both NARAL and Planned Parenthood Action Fund, Warnock describes himself as a proud pro-choice pastor. After the fall of Roe, Warnock said on Twitter that “a patient’s room is too small a place for a woman, her doctor, and the U.S. government.” This isn’t the first time Warnock has advocated for mothers—as senator, Warnock introduced the Kira Johnson Act, named after the 39-year-old Black mother who died during a C-section, and spoke publicly about the maternal mortality crisis and its disproportionate effect on women of color.

Former NFL running back and Olympian Herschel Walker is the Trump-endorsed Republican Senate candidate in Georgia. 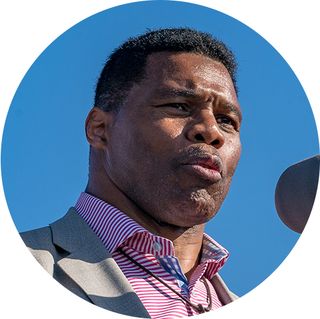 Following the athlete’s turn to politics, there’s been renewed interests in Walker’s past, including accusations of violence against women (including threatening his now-ex-wife Cindy Grossman with a gun in 2005), mental health struggles including a diagnosis of dissociative identity disorder, and his false claims about both his educational and business background.

Walker’s platform includes energy independence, lowering taxes, securing the U.S.-Mexico border, and defending the police (he finds the notion of defunding law enforcement “ridiculous”). Notably, Walker is against gay marriage and trans athletes competing in sports, identifying as a Christian with conservative, “pro-family” values. Perhaps unsurprisingly then, Walker is anti-choice and supports an abortion ban without exceptions. Walker called for the leaker of the SCOTUS draft opinion that would go on to overturn Roe to be prosecuted to the full extent of the law.