Zara Tindall home: Inside the estate Zara and Mike share with Princess Anne

Zara Tindall, 38, and her husband Mike, 40, live in the gorgeous Gatcombe Park estate with their two daughters Mia, six and Lena, one. Princess Anne also lives on the estate and recently Zara gave fans an insight into her country home.

The Princess Royal lives in a Grade II listed building that was originally bought for her by the Queen as a wedding present when she married Captain Mark Phillips in 1977, and now shares the residence with her second husband Timothy Laurence.

Zara gave fans a peak inside her stunning home as she chatted to Good Morning Britain via video call.

It’s not clear where on the estate Zara and Mike live, with Princess Anne and her husband taking up residence in the main house.

She spoke to Piers Morgan to praise the Queen on the national address on coronavirus she delivered to the UK. 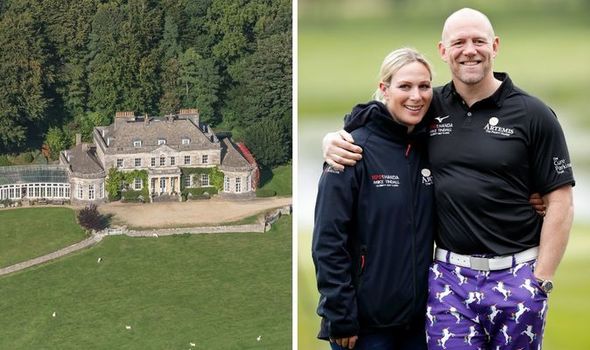 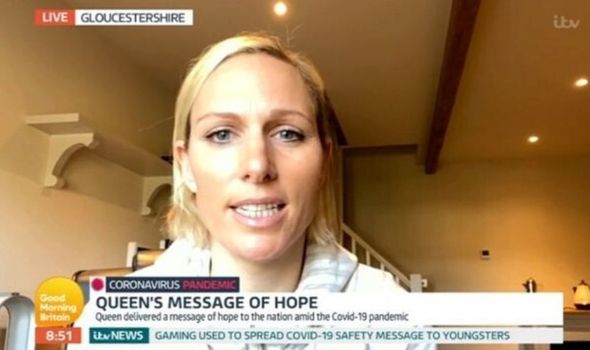 Due to the government guidelines, this interview was via video message and gave an insight into her country home.

The spot showed a cream neutral room with wooden beams and a staircase behind her.

They also had a cream kettle and coffee maker on the side.

It appeared they also had the same Dyson fan as the Queen, which fans spotted last year when the monarch met Boris Johnson.

This is not the first time that the couple have given a glimpse into their home.

Mike shared the latest Joe’s House of Rugby video with his fans on Instagram, where himself, James Haskell and Alex Payne recommend films to watch in isolation.

The retired England rugby player appeared to be sitting in a home office with wooden cabinets behind him which has shelving units filled with framed photographs.

One of the photographs included their pet dogs while another was a portrait of their two daughters. 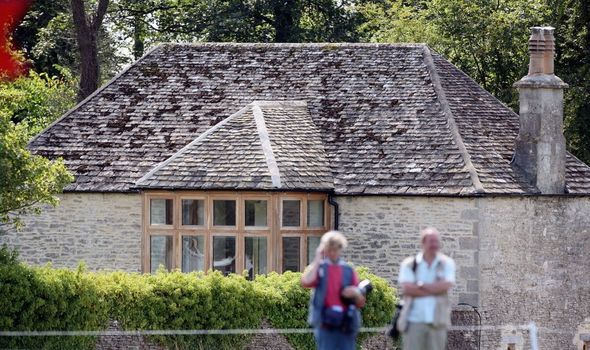 The Queen’s granddaughter moved to the Gatcombe Park back in 2013 after the couple sold their house in Cheltenham to move to the estate.

Gatcombe Park has a special place in both Princess Anne and Zara’s hearts.

The mother and daughter are both Olympic equestrians and Princess Anne hosts Gatcombe Horse Trials in the Park every year.

The Manor House is reported to be set in 730 acres of parkland and is run as a working farm with a range of livestock, including breeding horses and cattle.

Recently, Zara announced that she would be auctioning off a painting she created of her horse Toytown.

The Equestrian Relief charity is currently raising money to support the NHS and the work they are doing.

In the call with Good Morning Britain, Zara said: “We’re very lucky. We’re out in the country, we are on the farm, and we’ve still go to look after horses.

“So I can’t imagine how hard it is for people in the city. But trying to stay safe and not put pressure on our NHS.”